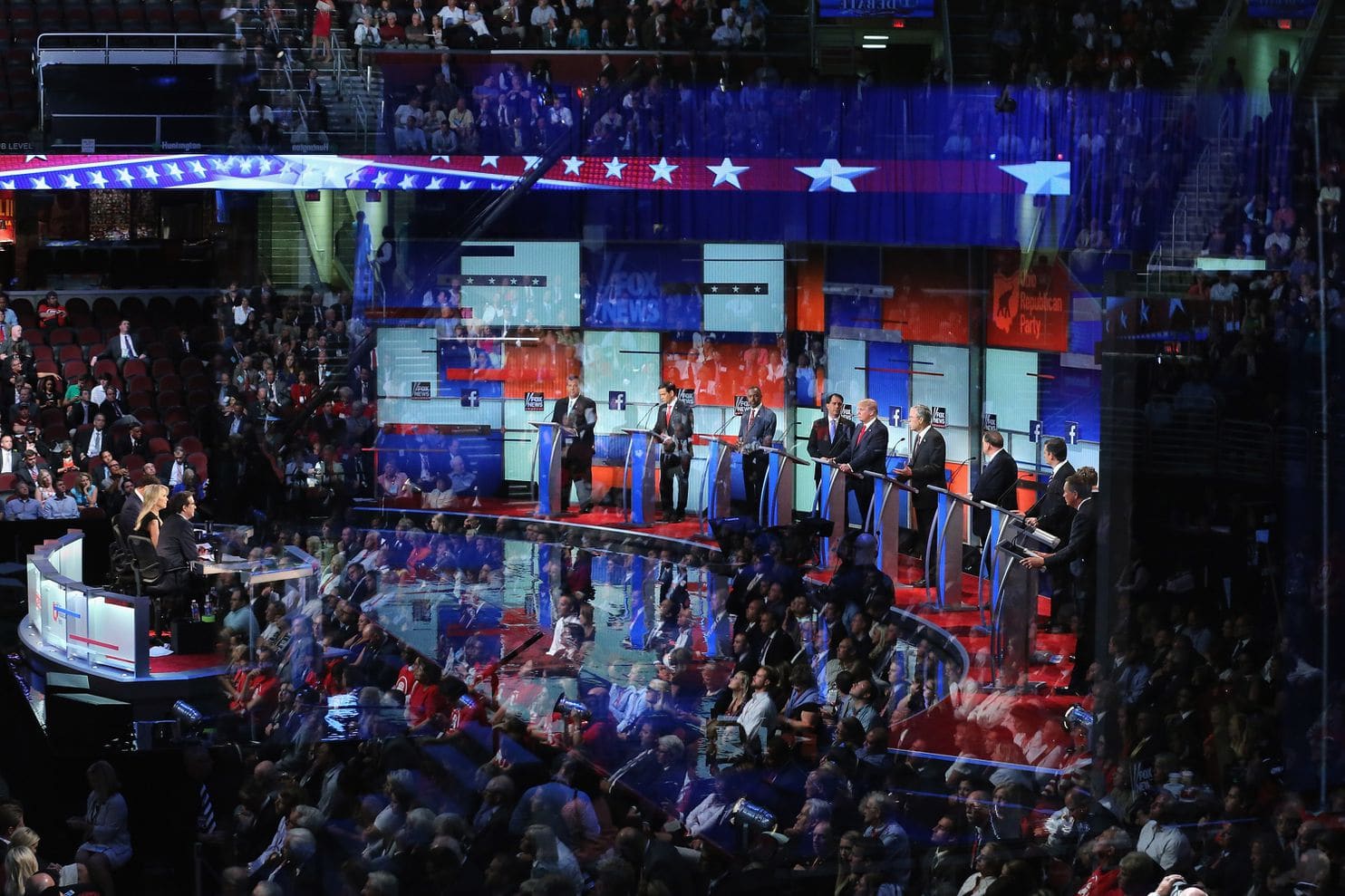 Carly Fiorina’s breakout moment during the 2016 presidential race came just before the first commercial break of the second Republican primary debate, at the Reagan Library in Simi Valley, Calif.

Then-candidate Donald Trump had recently criticized Fiorina’s appearance in an interview with Rolling Stone magazine — “Look at that face,” he had said, “would anyone vote for that?” — and the debate moderator, CNN’s Jake Tapper, asked her to respond.

The former Hewlett-Packard chief executive smiled, tapped just above her lip and calmly offered a sharp rejoinder: “I think women all over this country heard very clearly what Mr. Trump said.”

The crowd applauded, and Fiorina stared straight ahead as Trump bumbled a response, saying she was “a beautiful woman” with “a beautiful face.”

Fiorina dropped out of the contest five months later, but the exchange, which went viral, helped fuel her candidacy and propel her forward.

“It certainly introduced me to a whole lot more people,” Fiorina said in an interview. “So yes, it changed the dynamics of the campaign. There was more knowledge, and therefore there was more enthusiasm.”

The 2016 campaign ushered in the era of the mega-debate — a bigger field of candidates, a bigger slate of debates, bigger ratings, bigger stakes and a bigger need for a standout exchange. The events — always a political proving ground — have evolved into highly produced spectacles in which an aggressive attack or memorable star turn can lift, or sideline, an Oval Office hopeful.

Republican presidential candidate Donald Trump watches as Wisconsin Gov. Scott Walker gets his makeup retouched during a break in the 2015 Cleveland debate. (Scott Olson/Getty Images) Those dynamics are now in play in the crowded Democratic race to challenge President Trump, with 20 candidates spread over two nights of initial debates on Wednesday and Thursday. The trick for the Democrats, as with their Republican predecessors, is to find a way to capture attention and break away from the pack.

Trump didn’t necessarily win the debates themselves four years ago, but he always won the show — and, with it, the White House.

Trump, a former reality TV star, quickly realized that every circus needs a ringmaster and appointed himself to the role. The first event, hosted by Fox News in August 2015, averaged 24 million viewers, making it the highest-rated primary debate in history.

Texas Sen. Ted Cruz, one of Trump’s most vocal rivals in 2016, said moderators “are often looking for fireworks” — a phenomenon he suspects Democrats will also encounter.

“In most of the Republican debates in 2016, the most frequent question seemed to be, ‘Please attack Donald Trump,’ ‘Donald Trump please attack them back,’ and to be honest, I kind of expect that to be the most popular question in the Democratic debates,” Cruz said.

John Weaver, a senior adviser to 2016 candidate and then-Ohio Gov. John Kasich, tweeted in the run-up to the first GOP debate that Trump posed certain challenges. “Imagine a NASCAR driver mentally preparing for a race knowing one of the drivers will be drunk,” he wrote . “That’s what prepping for this debate is like.”

Carly Fiorina, right, leads fellow candidates Scott Walker, Jeb Bush and Donald Trump onto the stage before the 2015 CNN Republican debate in Simi Valley, Calif. (Chris Carlson/AP) Indeed, Trump was hardly the most masterful debater, but he was often the most compelling. Standing center stage — a position he earned by polling at the top of the pack — he deployed his familiar combination of humor, aggression and shamelessness.

Fox News’s Bret Baier, who co-hosted several of the debates, said Trump was particularly dominant in the aftermath of each event.

“He held his own on the debate stage, and people didn’t really lay a glove on him, and in that way, he was leading in the polls, and every time he did it and kind of got off the stage without getting hammered, he won,” Baier said. “And then he really won in the spin room.”

Some candidates said they never changed their approach. “My strategy was to be myself, and it never changed, period, end of story,” said Kasich, who along with Cruz and Sen. Marco Rubio (R-Fla.) survived until the 12th and final debate in Coral Gables, Fla., in March 2016.

But many others attempted to adjust to the new dynamic. Michael Steel, a senior adviser to former Florida governor Jeb Bush’s campaign, said the initial plan was to introduce Bush in a positive way, telling “the Jeb story.” It soon became clear, however, that if Trump wasn’t part of an exchange, it was unlikely to resonate.

Steel noted that on at least two occasions, former New Jersey governor Chris Christie and Sen. Rand Paul (R-Ky.) got into a heated debate over their differing views on national security and surveillance policy. “They both thought they were appealing to their people and their theory of the case, but because Trump wasn’t involved, it didn’t really matter,” he said.

John Kasich, right, Jeb Bush, Ted Cruz and Donald Trump at the GOP debate in Greenville, S.C., in February 2016. (Jim Watson/AFP/Getty Images) Bush, for his part, suffered because of his sense of decorum, Steel said, especially as the debates became about “trying to win a back-and-forth with Trump.”

“A handicap for Gov. Bush was that he is a polite human,” Steel said. “He is a polite man, and the president is fundamentally an entertainer. He gets away with things most politicians can’t do.”

Rubio had a similarly tortured debate evolution. Alex Conant, a senior adviser on Rubio’s 2016 bid, said that like Bush, Rubio’s initial strategy was to introduce himself to voters while offering a positive message. But it was clear, he said, that “Trump was not playing by the same rules, and that’s what people were tuning in to see.”

Conant said they tried to prepare by having different senior advisers act as stand-ins for Trump — but no one could truly channel the man who would become president or predict his most outlandish gibes. “We would pose a question, Marco would give his answer, and then one of us would interject with something that sounded like Trump, and Marco would have to forge ahead,” he said.

Over time, their strategy evolved. After realizing that Trump always earned double the attention by heading to the post-debate spin room himself — he was perfectly happy playing the role of “kibitzer-in-chief,” Steel said — Conant said they started sending Rubio into the spin room, too.

Later, a desperate Rubio adopted Trump’s crude schoolyard taunts to try to attack him back. Rubio ultimately said he regretted the strategy, which included criticizing Trump’s hand size as a stand-in for another part of the male anatomy.

“I guarantee you: There’s no problem,” Trump responded from the debate stage, holding his hands aloft. “I guarantee.”

Trump holds up his hands as Marco Rubio, left, Ted Cruz and John Kasich watch during the 2016 GOP debate in Detroit. (Paul Sancya/AP) Perhaps the most damaging moment for Rubio, however, did not involve Trump at all, but Christie. In the final debate before the New Hampshire primary, Christie took Rubio down for offering a “memorized 25-second speech” — which Rubio then inexplicably parroted several times.

This, Steel warned, is another lesson for Democrats: “The people you worry about are the ones who launched with high expectations and failed, because they’re the ones who are likely to flail wildly when trying to take on one of the front-runners to create a viral moment.”

Said Conant: “Our strategy was that Christie was a zombie candidate, and we didn’t want to breathe life into him by engaging him, and Rubio stuck to his message — and that was a mistake. “

Cruz remembers standing near Christie as the spectacle unfolded. “I was more than happy to step back and let that proceed,” Cruz said. “I sort of joke that I just stepped back and grabbed my newspaper and said, ‘You guys go on.’ “

But, he added, the moment “did have a powerful impact in the primaries, and it did send Marco’s numbers tumbling.”

The exchange, however, also hurt Christie, several participants and strategists said. He was not the candidate best positioned as a second choice for Rubio voters and may have come off as bullying a fellow Republican.

Steel dubbed it a “murder-suicide.”

For Huckabee, who started on the main debate stage, a slide in the polls that pushed him down to the secondary stage was the death knell. It felt arbitrary and insurmountable, he said, and his fundraising and media attention dried up.

“Basically, you’re done,” Huckabee said. “When you’re on that second stage, it’s over.”

Huckabee praised Democrats this year for choosing their slate of 2020 candidates each night mostly at random.

Tapper said in an interview that debates are inherently meant to highlight disagreements, and voters generally reward candidates — like Fiorina in September 2015 — who seize their moments.

Trump talks to reporters after the first prime-time debate in Cleveland. (Scott Olson/Getty Images) “In some ways a candidate’s reluctance to take on a competitor on an issue or disagreement becomes as significant for the lack of a moment,” Tapper said. “People are looking for fighters and they’re looking for people to defend themselves and their point of view.”

Fiorina said her iconic exchange with Trump was not scripted, but she had carefully considered the general message she wanted to convey.

“What I knew is that all kinds of men have made comments about my physical appearance, positive and negative — it wasn’t new territory,” she said. “I also knew that it was completely inappropriate on a debate stage or anywhere else.”

She added that she wanted to give his comment “as little airtime as possible,” while simultaneously “putting him in his place because he had behaved inappropriately and badly.”

When Trump countered that he believed Fiorina was “beautiful,” Fiorina said she “made the decision in that moment to completely ignore him because his opinion of my physical appearance is irrelevant and inappropriate.”

She stared straight ahead, unsmiling, as the cable network cut to commercial break — the final image of a moment that would soon go viral.

Most Read Politics 1 Once the poorest senator, ‘Middle Class Joe&rsquo; Biden has reaped millions in income since leaving the vice presidency 2 Latest sexual assault allegation against Trump draws muted political reaction 3 ‘Now comes the reckoning’: Trump arrives at global gathering with most of his foreign policy gambits hanging in the balance 4 McConnell tells first responders that the Senate is working to renew 9/11 Victims Compensation Fund by August 5 House Republicans to challenge Trump appointee over his report urging Conway’s firing Opinion Not my type Opinion Trump demands subservience and gets incompetence Subscriber sign in We noticed you’re blocking ads! Keep supporting great journalism by turning off your ad blocker. Or purchase a subscription for unlimited access to real news you can count on. Try 1 month for $1 Unblock ads Questions about why you are seeing this? Contact us 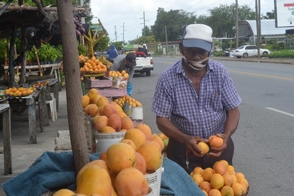 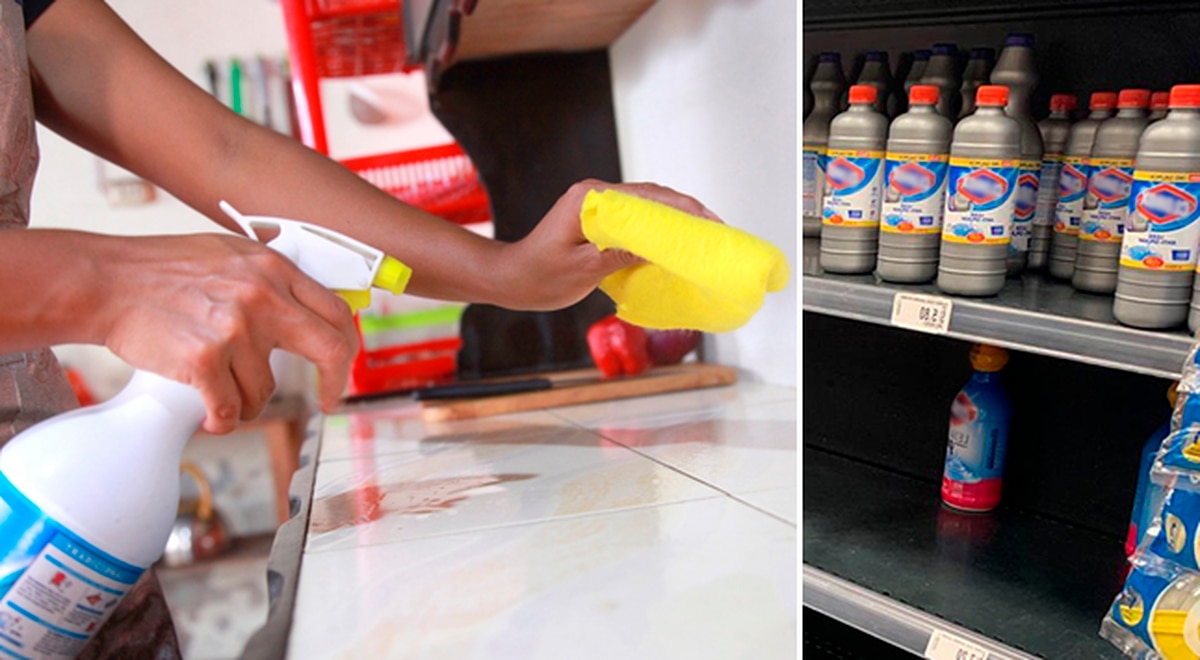 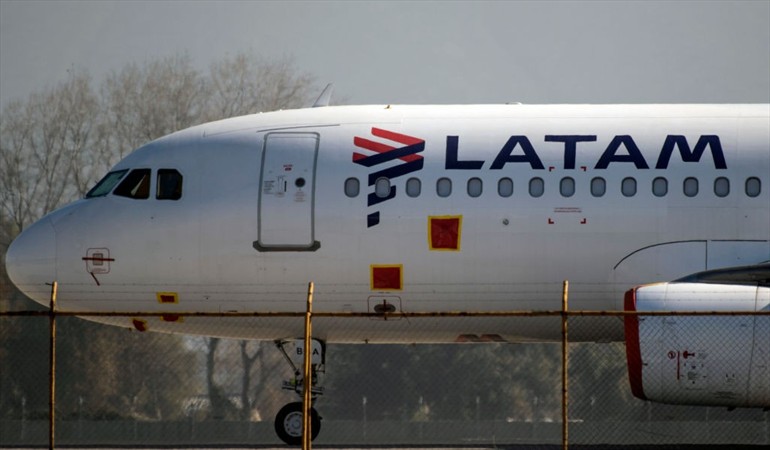 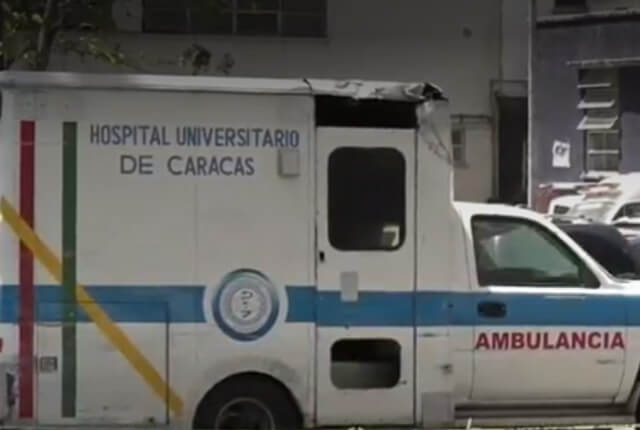 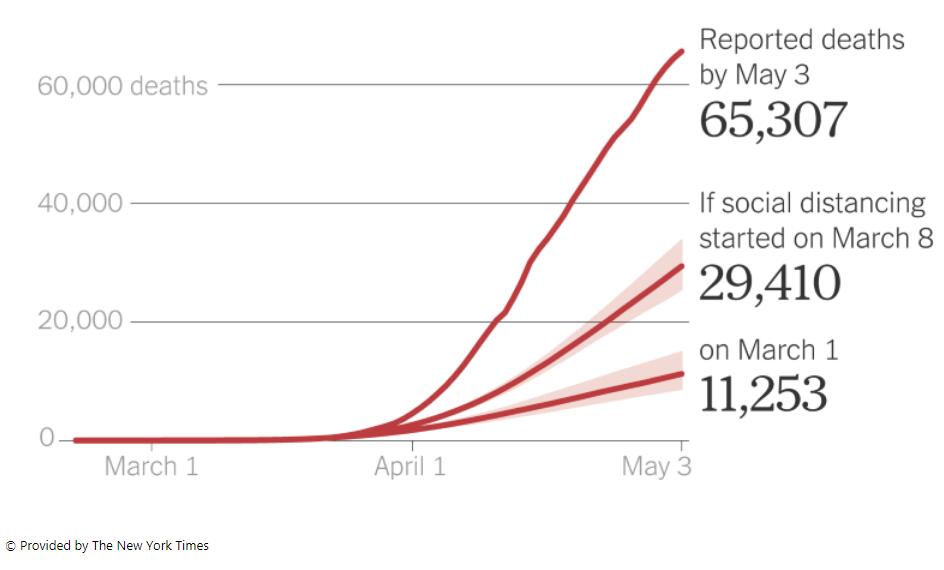 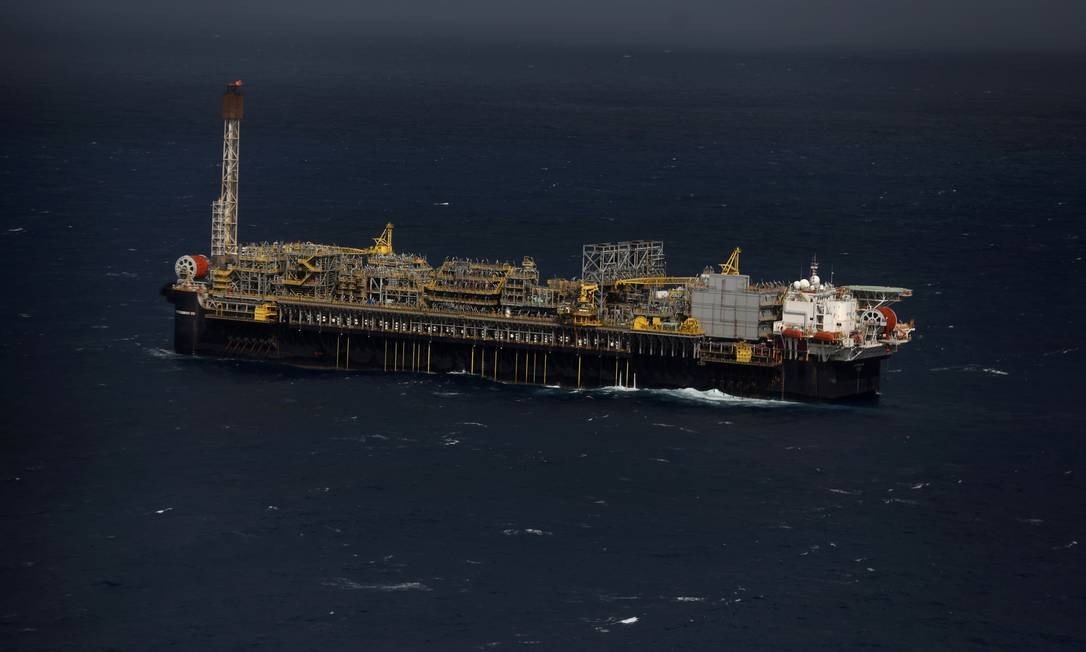 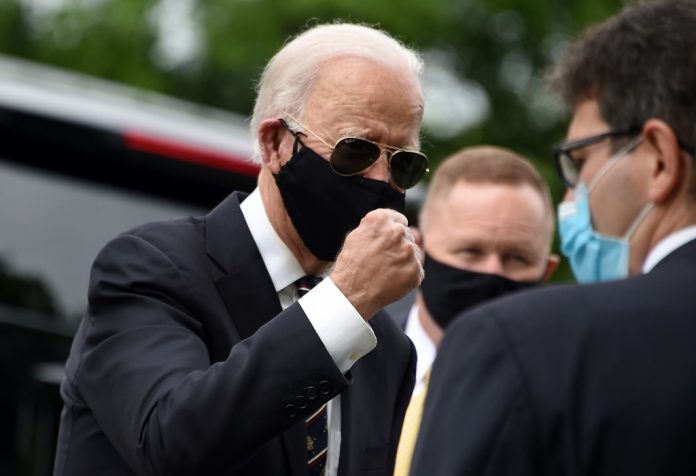 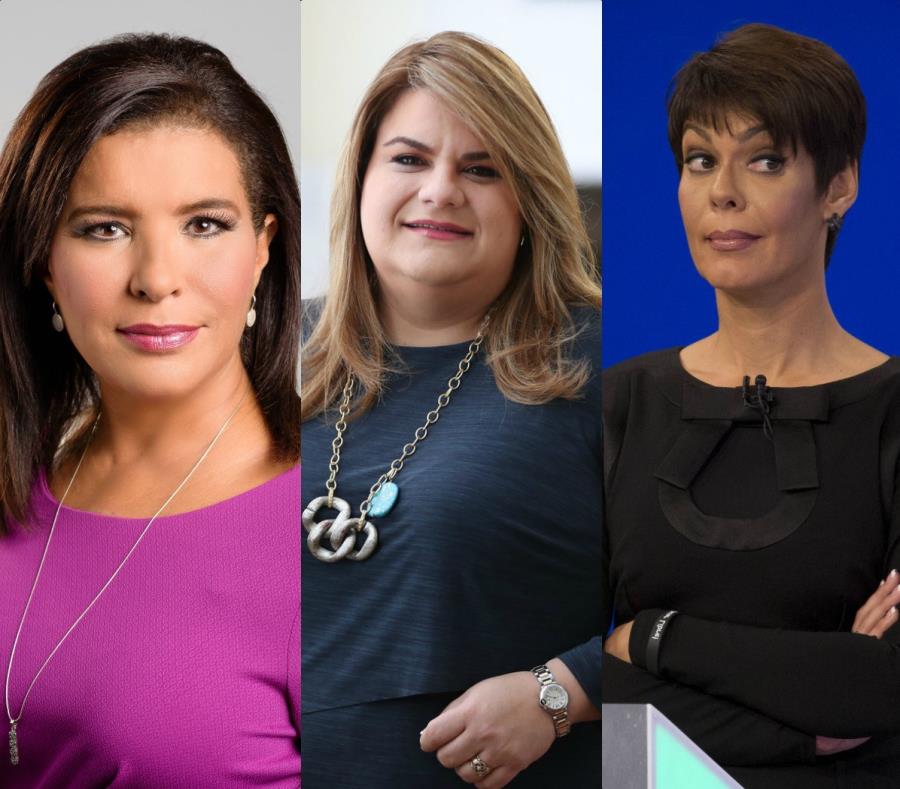