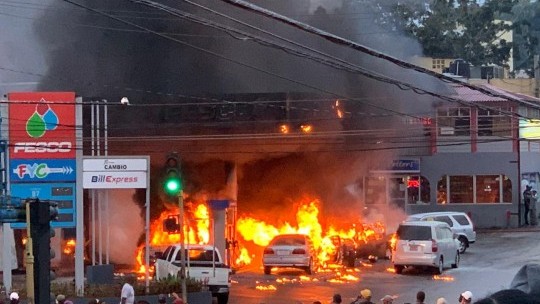 The fire at Fesco gas station on Ward Avenue in Mandeville, Manchester, has been extinguished.    Earlier, Emilio Ebanks, Public Relations Officer of the Jamaica Fire Brigade, had said reports were that the fire had been a result of a motor vehicle crash and a resulting explosion of one of those vehicles.    However, in an update on Beyond The Headlines , he said it appeared there had been no crash but that a vehicle had indeed exploded at the gas station.     He said an investigation would be conducted to determine what caused the vehicle to explode.    Mayor of Mandeville Donovan Mitchell, who also spoke on Beyond The Headlines , said about 12 or 13 vehicles had been damaged by the fire.    He said he had been notified by the police that three persons received third degree burns and were being treated at hospital.