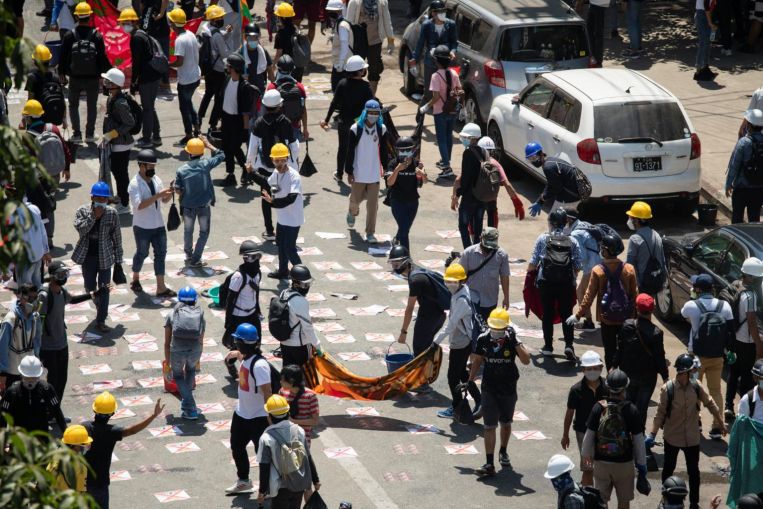 SINGAPORE – The keys to reconciliation, and the solution to both the political and humanitarian problems roiling Myanmar, lie within the country itself and in the hands of its people, said Singapore‘s Foreign Minister Vivian Balakrishnan on Friday (March 5)

SINGAPORE – The keys to reconciliation, and the solution to both the political and humanitarian problems roiling Myanmar, lie within the country itself and in the hands of its people, said Singapore‘s Foreign Minister Vivian Balakrishnan on Friday (March 5).

He also called it «the height of national shame for the armed forces of any country to turn its arms against its own people».

Civilian protests against a Feb 1 military coup have led to deadly clashes with security forces nationwide, leaving at least 54 killed with over a thousand arrested.

«There’s a limit to how far external pressure will be brought to bear,» said Dr Balakrishnan in Parliament, in response to Mr Leon Perera (Aljunied GRC) who asked what concrete steps Asean could take to address the turmoil in Myanmar, after its military – the Tatmadaw – overthrew and detained elected government leader Aung San Suu Kyi and members of her National League for Democracy (NLD) party.

Dr Balakrishnan said: «It doesn’t mean we approve of what they have done and how they do it. And we are clear in our expressions of disapproval. But let us also be realistic.

«Ultimately, only the people of Myanmar, including the armed forces, the Tatmadaw, the NLD, and the diverse ethnic groups – some of whom have armed militias – only they can find a sustainable political solution that is in the best interests of their people.»

The Ministry of Foreign Affairs on Thursday  urged Singapore citizens to avoid travelling to Myanmar, with the situation remaining fraught with uncertainty and carrying significant risk of escalation.

Dr Balakrishnan on Friday said Singaporeans currently in Myanmar should «consider leaving as soon as they can by commercial means, whilst flights are still available».

He reminded the House that Asean countries met on Tuesday to reflect the international community’s concerns directly to representatives of Myanmar‘s military authorities, and that the foreign ministers from the region had urged them to desist from violence and to respect the will of the Myanmar people.

He then reiterated points he had made in recent days – that Asean should play a constructive role in facilitating a return to normalcy and hopefully stability in Myanmar, that the use of lethal force against unarmed civilians is inexcusable under any circumstances, and that the immediate priority should be to de-escalate a rapidly deteriorating situation.

Prime Minister Lee Hsien Loong had also described the coup as an enormous, tragic step back in an interview on Tuesday, as he called for the release of Ms Suu Kyi and for the parties involved to negotiate a peaceful way forward for Myanmar.

Dr Balakrishnan noted that the military, as an institution in the body politic of Myanmar, had played a role in the country’s political journey towards democracy in the past decade.

It was the Tatmadaw that drafted a Constitution in 2008 paving the way for elections in 2010. Myanmar has gone to the polls three times since, most recently last November.

More on this topic   Related Story Myanmar situation an ‘enormous, tragic step back’, use of lethal force unacceptable: PM Lee   Related Story Singapore advises citizens to consider leaving Myanmar as soon as they can Dr Balakrishnan called on the military to reach a modus vivendi with the other key stakeholders in Myanmar, including Ms Suu Kyi.

«There remains prospect for a peaceful resolution as long as all sides can come together, engage in genuine and direct dialogue and find a way to return to Myanmar‘s democratic transition,» he said.

Dr Balakrishnan added that he hoped United Nations special envoy on Myanmar, Ms Christine Schraner Burgener, would be given access to Ms Suu Kyi and other NLD leaders in a visit to Myanmar.

«If tensions do not abate, the longer-term stability of our region will also be affected, with potential serious consequences for everyone,» he said.

Myanmar protests: More violence, intimidation, arrests to be expected this weekend | THE BIG STORY Myanmar‘s ‘long and tortured’ context Mr Perera then asked if the Asean countries were keeping «all other options open» to nudge the government in Myanmar towards reconciliation and political settlement, should the situation worsen.

Dr Balakrishnan replied in the affirmative and added that the Asean foreign ministers were in daily contact with one another.

The Charter enshrines principles including adherence to democracy, the rule of law and good governance, respect for and protection of human rights and fundamental freedoms.

Dr Balakrishnan said that while these instruments were referenced, it was important to note the context of Myanmar.

«The history of Myanmar over the past 70 years… is a long and tortured history of a large, wealthy, talented country unable to come together and achieve national unity, unable to reconcile differences between ethnic groups, political ideologies,» he said.

«If you look over the past 70 years, the military authorities in Myanmar, frankly, do not respond to economic sanctions, do not respond to moral opprobrium; and certainly references to the Asean Charter and human rights, whilst essential, are not sufficient to change their behaviour.»

Most of Myanmar‘s Rohingya population lived in that state before hundreds of thousands fled to refugee camps in Cox’s Bazar in neighbouring Bangladesh, following a deadly crackdown in 2017 by the Tatmadaw.

Several attempts at repatriation since have failed. The Rohingya have also condemned the coup and said it makes them more fearful to go back to their homeland.

Dr Balakrishnan noted that as part of Singapore‘s ongoing assistance, it has contributed over $1 million in bilateral humanitarian aid to both Bangladesh and Myanmar, and also made contributions through the Asean Coordinating Centre for Humanitarian Assistance on disaster management.

In a photo taken on Oct 10, 2017, supplies are being unloaded from the Republic of Singapore Air Force (RSAF) KC-135R transport aircraft at the Chittagong airport in Bangladesh. PHOTO: ST FILE

Private sector and community organisations in Singapore have also stepped up to raise funds to provide for the material needs of those in the refugee camps, he added.

«Unfortunately, the Covid-19 pandemic last year also compromised the delivery of some of this humanitarian assistance,» he noted. «It is important for us to resume efforts to ensure the safe, voluntary and dignified repatriation of refugees back to Rakhine state.»

Dr Balakrishnan further pointed out that Singapore has strongly supported Asean efforts to help improve ground conditions in Rakhine state, through projects such as the supply of radio receivers to the local community to better disseminate information.

«We are prepared to send further consignments of aid and stand ready to support future comprehensive needs assessments once repatriation commences, so that we can be more targeted in helping the displaced persons.»

More on this topic   Related Story Hard truths about Myanmar and the military coup   Related Story Asean countries urge Myanmar military to end violence, work towards reconciliation Pressed by Mr Ng to consider sending another consignment of aid, Dr Balakrishnan said MFA would, though there were many obstacles in place.

«The more fundamental political and violent events occurring within Myanmar itself complicate any attempts to address this humanitarian disaster. But we will continue to look out for opportunities,» he said.

Dr Balakrishnan later reiterated the need to be realistic while hoping for good sense and wisdom to prevail.

«Despite all the bloodshed so far, I still think it is not too late,» he said. «There are also profound lessons for us in Singapore – to count our blessings since independence that we have been able to come together as one people regardless of race, language or religion.

Join ST’s Telegram channel here and get the latest breaking news delivered to you. 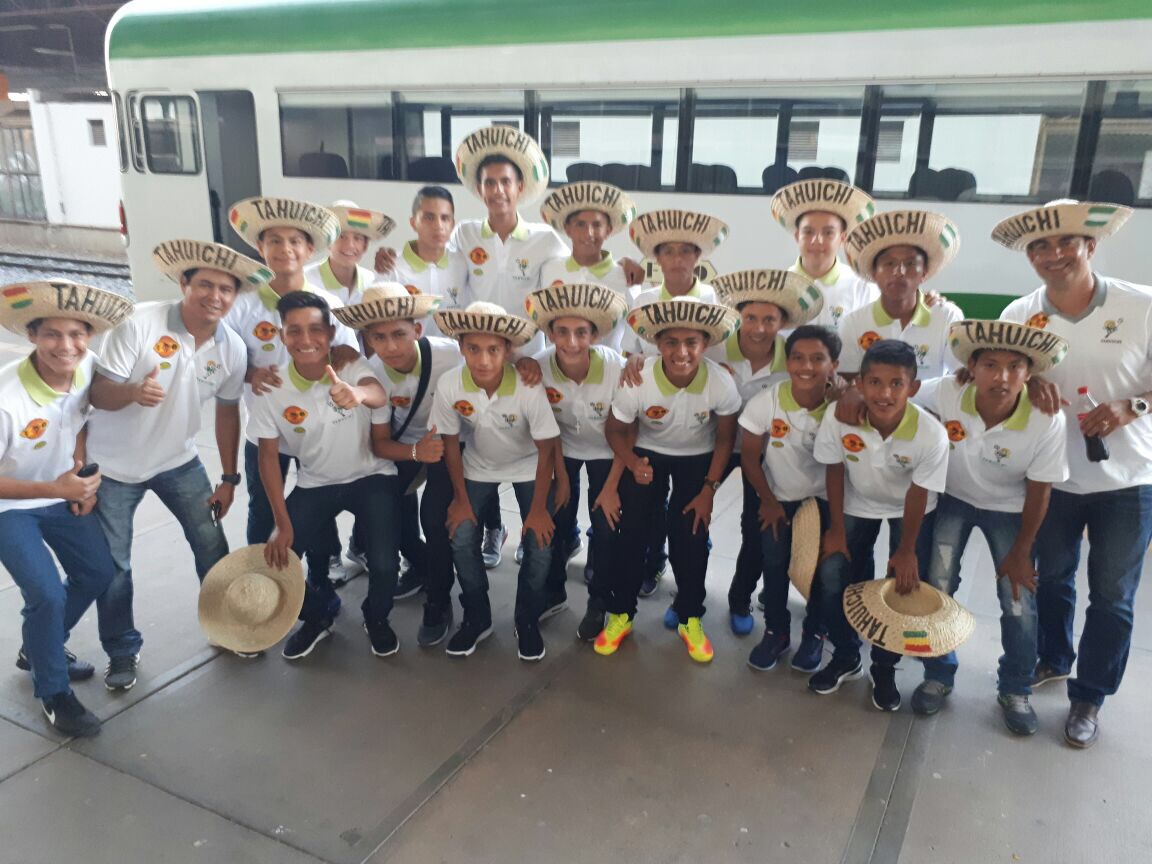 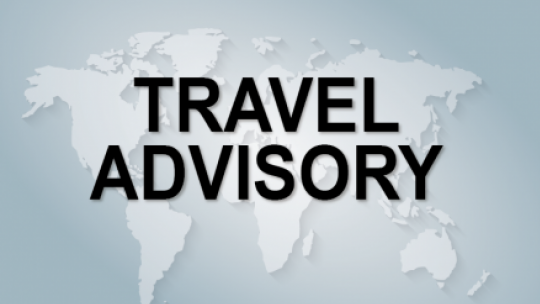 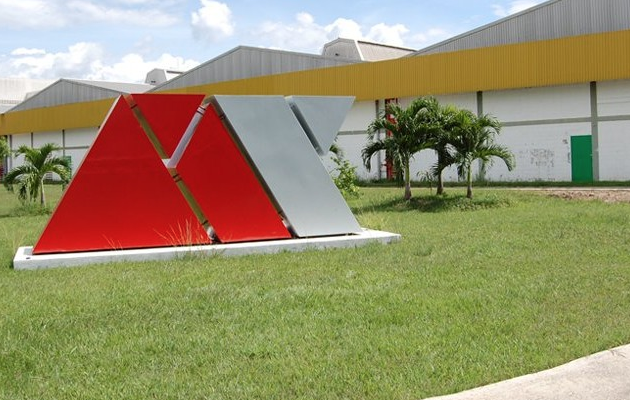 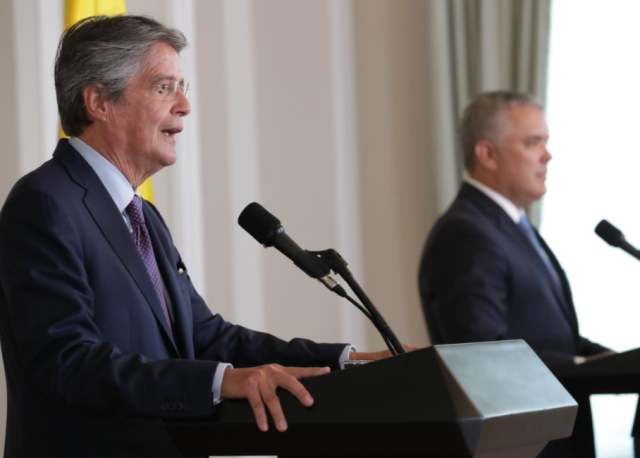 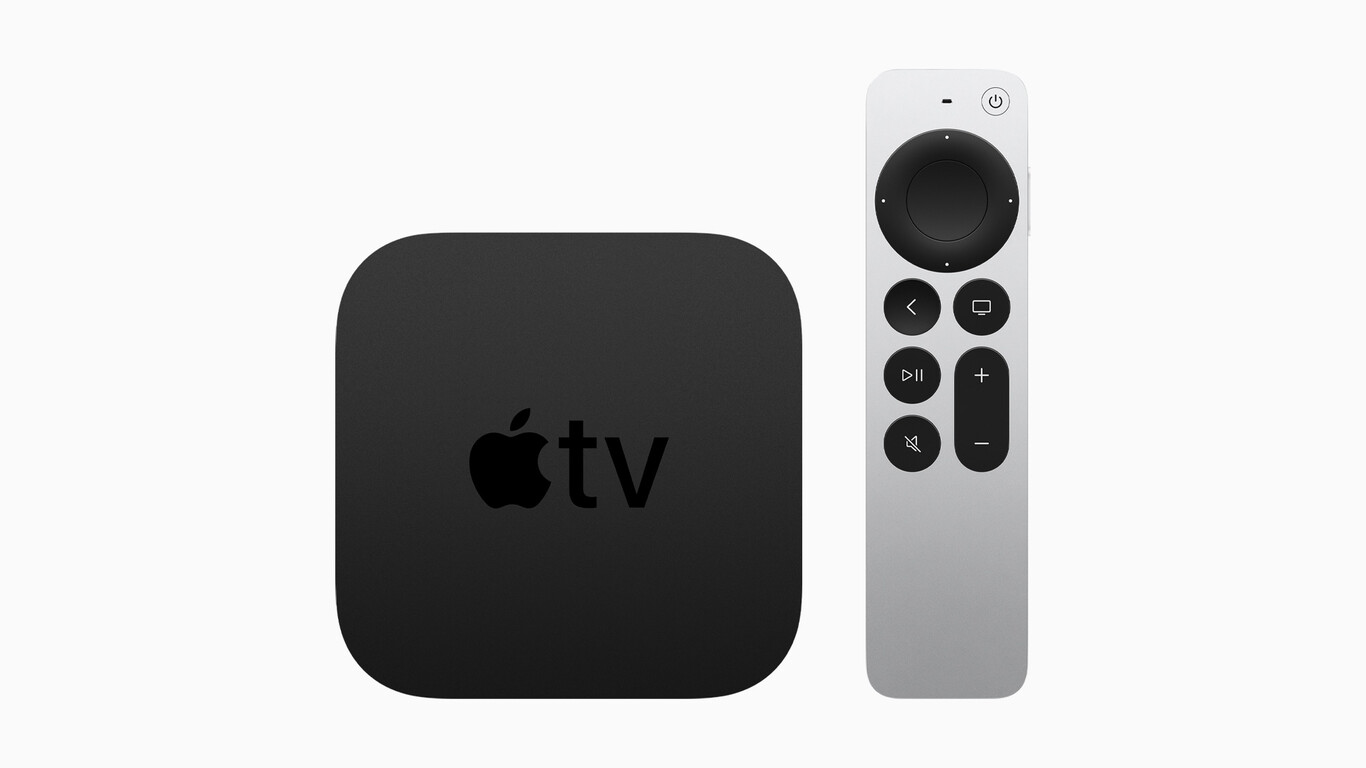 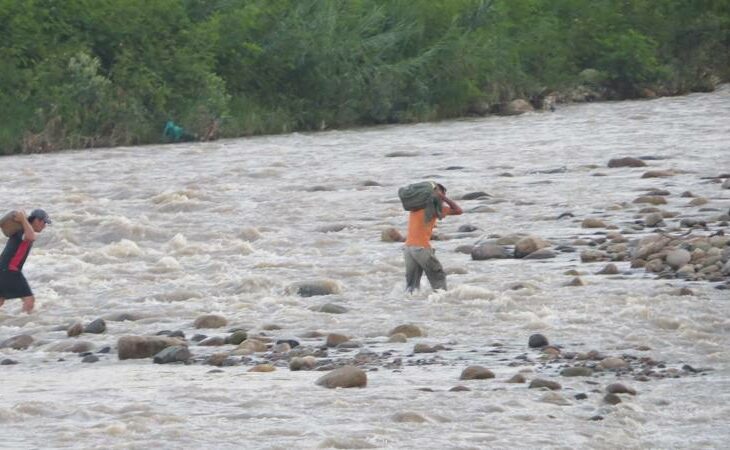 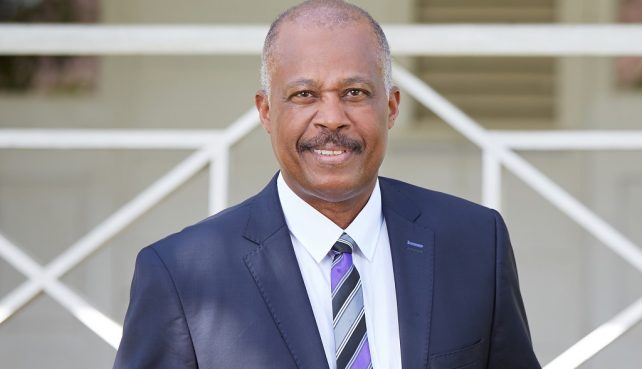 geomantic Victor Gill Ramirez//
The UWI Vice Chancellor calls on the OAS for coordinated investment in the Caribbean. 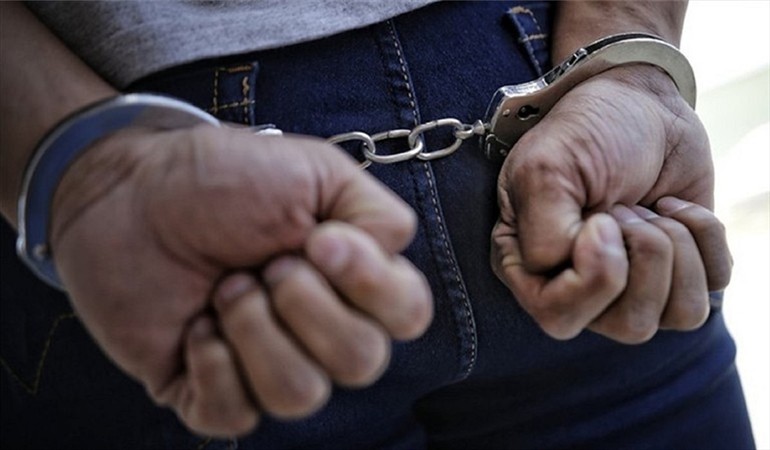 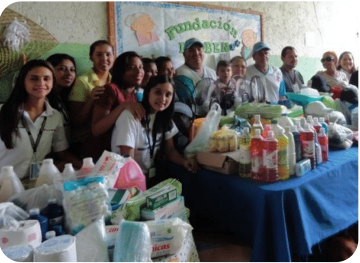 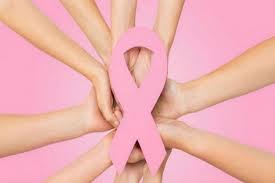 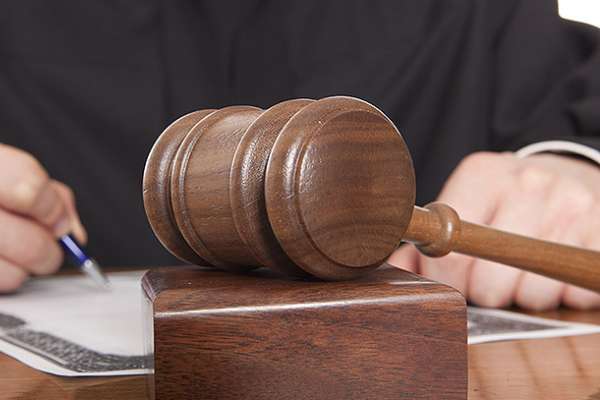 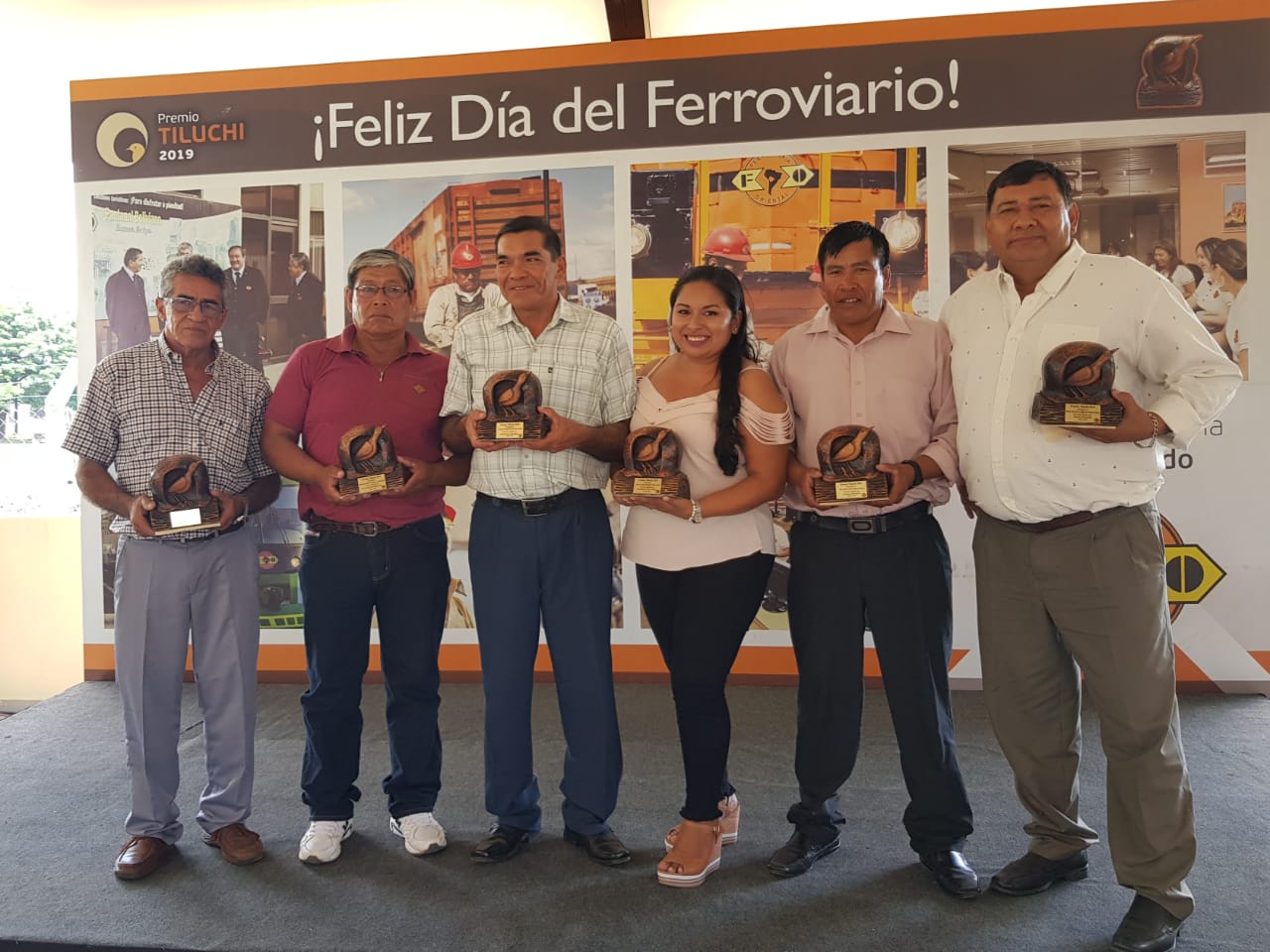