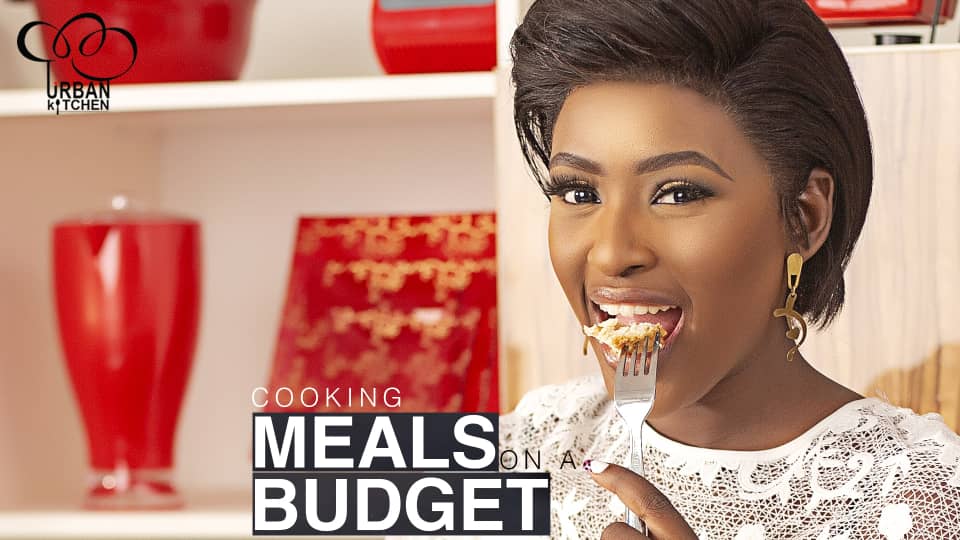 In October, Sate Television Limited will be launching the fourth season of Urban Kitchen, a live food TV show that teaches viewers how to make meals on a budget reveals Chinonso as captured by Daniels Ekugo

What is Urban Kitchen live show all about?

From the viewers’ perspective, Urban Kitchen is where to learn how to make meals on a budget, and that is for the Nigerian audience. For the international audience, it is a show where they see Nigeria from another perspective.

Why urban, instead of a village kitchen?

Well, we saw the loss of food channel remote buttons from our people. People who watch food channels easily switch the channel from food because it lacks something exciting.

As much as you want to inform and educate, it penetrates easier and faster when it is done subtly with entertainment. We deliberately want to project Nigeria in a positive light with Urban Kitchen.

We choose the markets the chefs go to buy their ingredients. There are some markets we would not want to put on TV because the show is on flights, on VODS and we are deliberately being careful what we put out there for people to see about Nigeria. So, who says our local food cannot go urban?

How many episodes do you produce per season?

We produce 26 episodes per season, which runs for six months. But in all, if we add the different shows that Sate TV has created on food, they are 89 shows. Moreover, we are preparing for the 90th show, and hopefully going to increase to 144 shows before we launch our platform. We want to float a food channel in another seven to eight months

What do you think have made your previous seasons successful?

The reason is that the show cuts across both genders. Men had reasons to watch. There are exciting responses like in Bida, Niger State, where some men had to close early to watch a particular episode to know how much to give their wives to prepare food. So, it is like the only food-show men watch because they want to cut down their budget as much as possible

Which platforms does the show air?

In 2017, we launched it on Ben TV in London, UK. It used to be on Dstv and four terrestrial platforms in August 2017. In November that year, we got a sponsorship deal with Knorr, and following that deal, we increased our airing platforms to 13 terrestrial stations

From November 2017, we aired on TVC Entertainment and 12 others like BCOS Ibadan, NTA Akure, Kaduna, Kano, PRTV Jos, EDS, among others

We have been shuttling channels; we have moved from EDS to ITV Benin, from TVC to STV. Currently, the show is on STV network. In this fourth session, we are bringing it back to TVC Entertainment

What are the challenges of producing a food show?

The first challenge we have here is the fact that most Nigerians are not wired to visualize text; they cannot translate text into reality. If you give them business proposals, where they want to read through is where the loopholes are so that they can jump into it

That has really shrunk the opportunities we have out there. The industry is such a funny one; everything seems to be chaining us down from every angle. For instance, the Central Bank of Nigeria (CBN), has a grant programme for the creative industry; N30 million for content creators and N500 million for distributors

Now, the CBN has a good plan for us, but they want us to run it through our banks so that the banks will guarantee the fund. But how many banks in Nigeria do not own a competing brand. Every bank has a TV station. So, how will they guarantee me N500 million to push my platform against theirs? The reality is that the banks will only collect my proposals and dump it somewhere

Again, for the Bank of Industry (BOI), anything more than N10 million you will need collateral. It has been difficult because it is self-funding. But what has really helped me is brain currency. I have people around me who know these things, how it should be done and they are ready to flow with me

Has the pandemic also impacted the show?

Our major source of income for paying our local airtime here was coming from the airline industry; we were licensing them per episode. Let us not forget that the pandemic hit the airlines first. The last time we got something from our airline licensing was last November

So, we have been feeling the impact since November. We have a long relationship with Air Côte d’Ivoire, which is our major client. We also have other airlines like Lufthansa, which featured once. When it comes to licensing on digital platforms, it was good in terms of viewership but was not translating into money because a lot of these platforms could not get their money from their investors. So, we were in the centre of the pandemic issue

As you prepare for the fourth session, what safety protocols have you put in place in the studio?

We have taken our hygiene measures from 60 to 90 percent. We know what to do now and cannot do some of the things we used to do before the pandemic. The studio is small and naturally discourages crowding

In the new season, we have put in place safety measures; from testing temperature, washing hands, wearing nose masks, and ensuring that any camera that does not need to be manned is not manned in order to further reduce the number of people in the studio

What feedback are you getting on the show generally?

The show format allows feedback because we cannot learn if we do not give people the opportunity to tell us their feelings about the show; whether the comments are good or not

We have positive comments like people wanting to come to the set. For instance, the woman who cooked for 9ice in the show fried her onions, but someone kicked against that method. All we need do is have a home play for everyone to replicate the meal the way it should be done and we put it on our social media. If people say this is truly the way it should be done, you win a prize. We appreciate them for the criticism. If you think the chef is wrong, help us do the right thing, and we will appreciate it

What informs your choice of the chef?

The audience determines the chefs that feature in the show. What the chiefs do is to make a one-minute video of themselves in an open market to show the viewers how much they can negotiate, then send it to us and it goes through our channel to be sure brands are not hijacking it. We opened the line on the 6th of September, and we have them in hundreds of numbers. The chiefs go to the market with their money and apparently, someone is telling them instead of using your money, we will give you the money. But we will correct that, we have told them, no brand naming and mentioning in the show. If we need any branding we know what to do 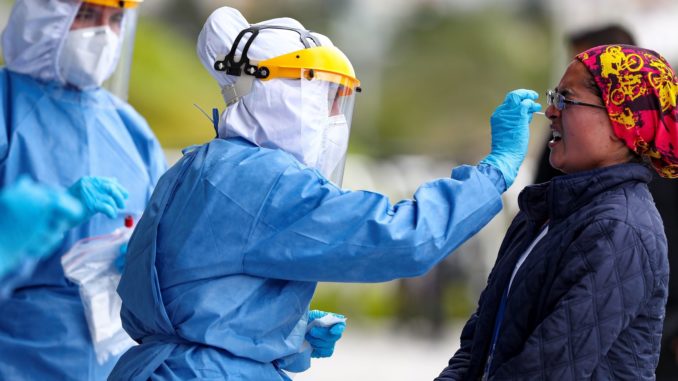 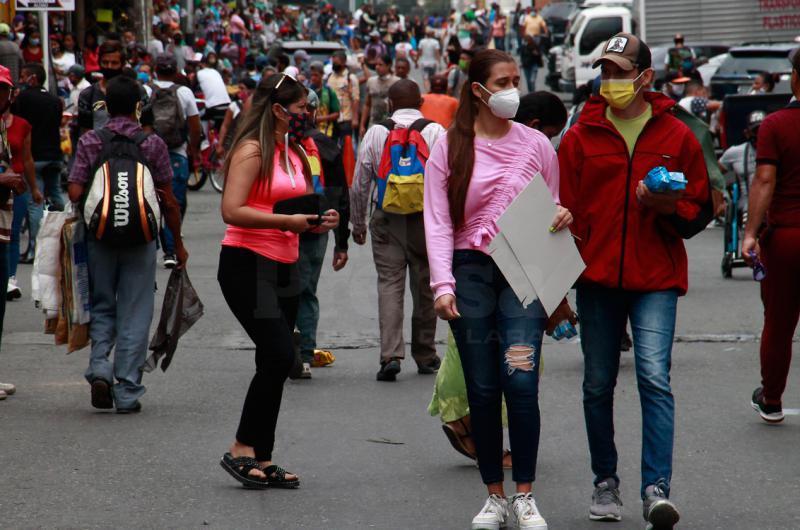 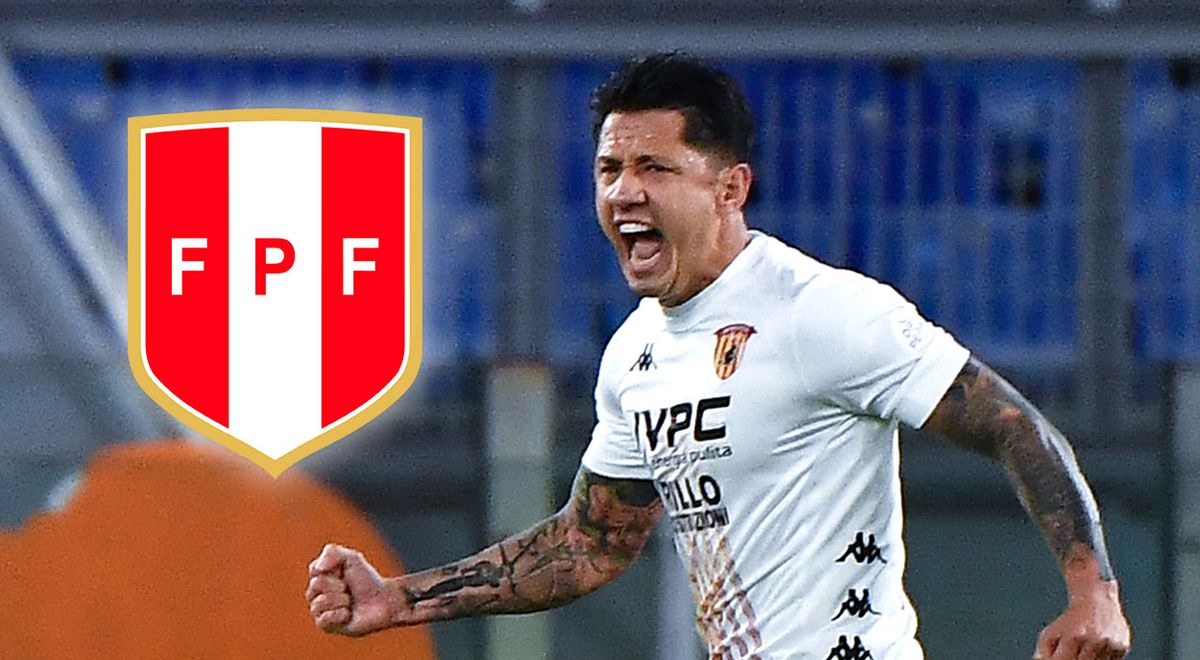 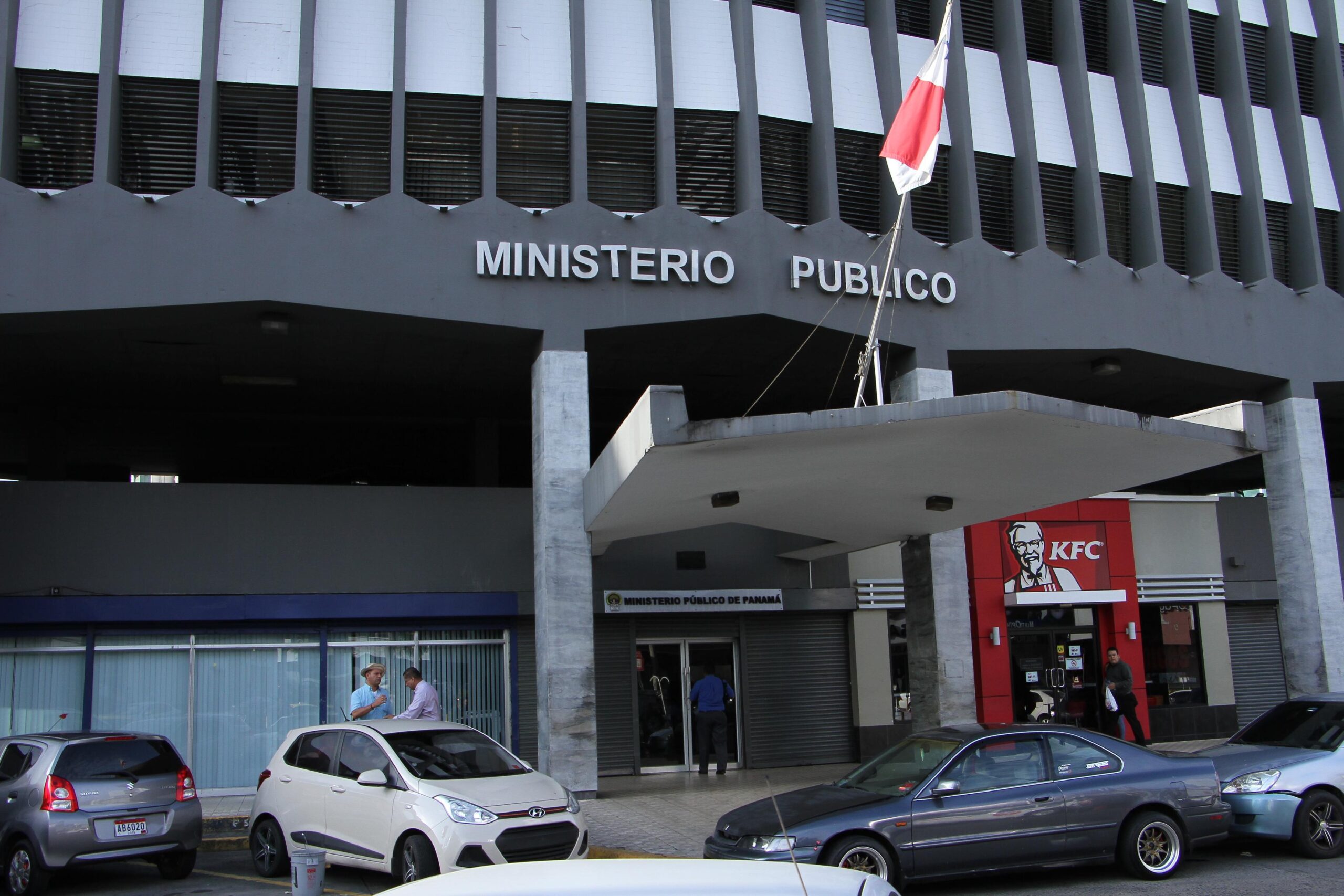 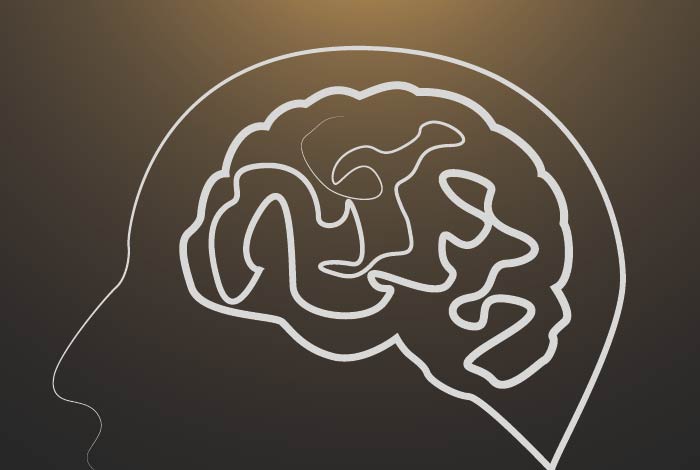 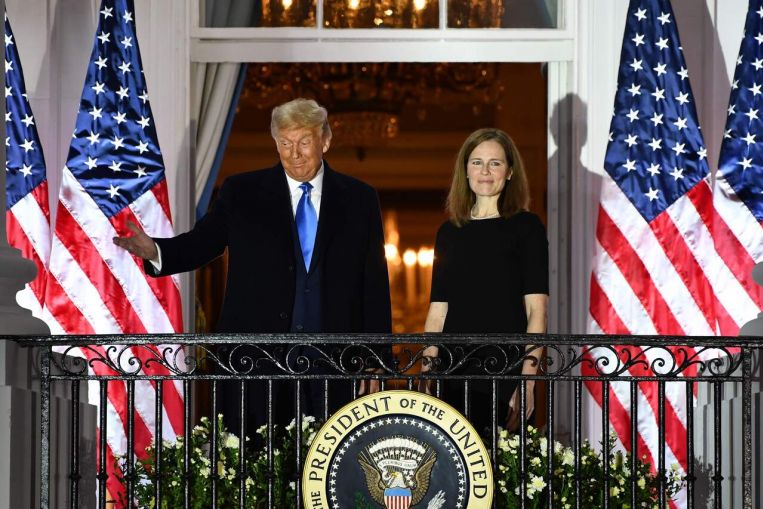 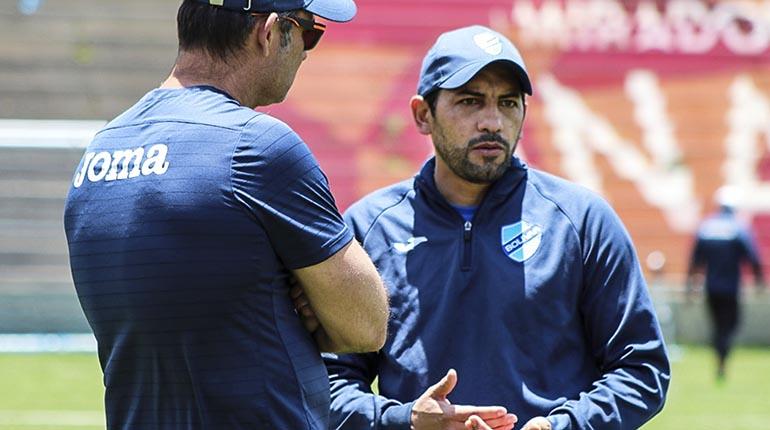 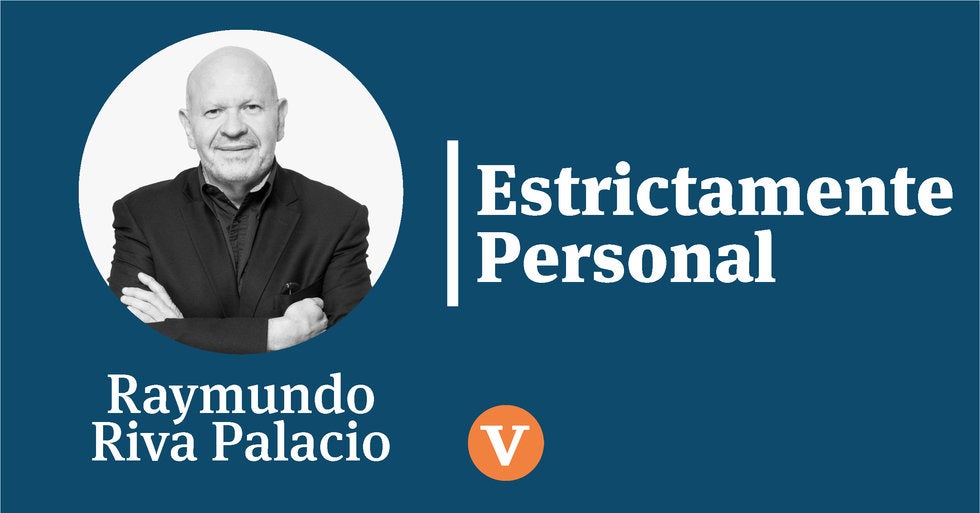 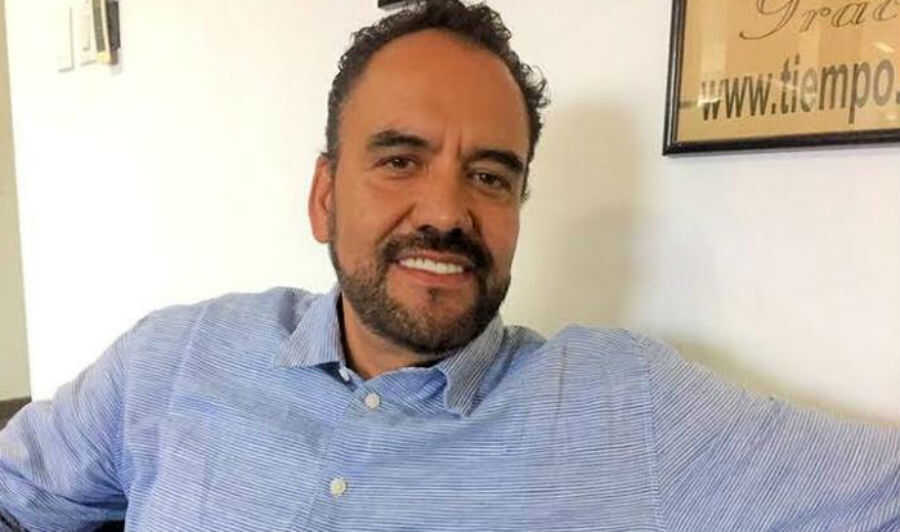