In late 1980s, a brutal crime shook New York City. Trisha Meili, a white banker who would become known in the press as the Central Park Jogger , was raped and beaten almost to death during an evening run in the city’s most beloved park. Five black and Latino teenagers, boys aged 14 to 16, were convicted of the horrifying assault, and would serve between six and 13 years in prison for the crime before the real perpetrator was found. The case is the basis for Ava DuVernay’s upcoming Netflix miniseries, When They See Us , which debuts May 31st. Here’s a timeline of the decades-long saga.

April 17, 1989 A 26-year-old woman was beaten and raped in northern Central Park by a man she described as having stitches on his chin . After her attack, a detective consulted local hospitals for young men fitting her description, and was given the name of Matias Reyes, an 18-year-old who worked at a bodega near the scene of the attack. Authorities never followed up on this lead.

April 19, 1989 Around 9 pm, a group of about 30 teenage boys entered Central Park from 110th Street and 5th Avenue. Taking a southeast route, some of the boys intimidated and assaulted passersby. They threw rocks and sticks, and others beat a male jogger so badly that he had to be hospitalized for two days.

Around the same time, 28-year-old Trisha Meili entered the park from 84th Street and 5th Avenue for her regular after-work jog, running a path that took her northwest. While running a path known as the 102nd Street Cross Drive , she was hit in the back of the head with a tree branch, dragged off the path, and raped and beaten in an isolated section of the park. She wouldn’t be discovered for hours.

In response to the muggings and harassment by the group of teen, police apprehended five boys, including Kevin Richardson and Raymond Santana, and brought them to the Central Park Precinct.

Photo credit: New York Daily News Archive – Getty Images More April 20, 1989 At around 1:30 am, passersby discovered Meili in the park. The young woman was near death, having lost up to 80 percent of her blood . Police instantly connected the attack on Meili to the other, less serious crimes, that occurred in the park that night. By 11 pm, investigators brought more boys who were in the park that night to the station, including Antron McCray, Korey Wise, and Yusef Salaam.

Wise, who suffered from hearing loss and a learning disability, was 16 years old, and could therefore be legally interrogated without a guardian present. The other boys were 14 and 15. But after hours of interrogative pressure from some of the city’s top homicide detectives, Wise, McCray, Richardson, and Santana gave signed and videotaped statements confessing to being involved in the attack on Meili. Salaam wrote a confession but refused to sign it, and was implicated by other members of the group. The boys soon recanted, and all five of them reported that the police had promised they could go home if they produced the confessions.

April 27 and 28, 1989 The boys were indicted on counts including attempted murder, rape, assault, and rioting. Charged as an adult, Wise was sent to New York’s notorious Rikers Island prison, while the others were taken to juvenile facilities.

Photo credit: New York Post Archives – Getty Images More May 10, 1989 After days in a coma, Meili began to regain consciousness. But due to the severity of the brain trauma she suffered, she would never be able to remember the night of her attack.

Donald Trump, then a local real estate developer and the best-selling author of The Art of the Deal , paid $85,000 to take out full-page ads in all of New York’s major papers. The ads implicitly responded to Meili’s rape and the teens’ apprehension with a call to bring back the death penalty.

June 14, 1989 Matias Reyes forced his way into the 97th Street apartment of Lourdes Gonzalez , who was pregnant and home alone with her three small children. He raped and murdered her while her children listened from another room.

June 5, 1989 Reyes forced his way into another woman’s apartment, also on Manhattan’s Upper East Side. After raping her, he was caught by her doorman and a neighbor. DNA evidence linked him to other rapes, including Gonzalez’s murder. Reyes would go onto plead guilty and be sentenced to 33 years to life. He’d attacked five women since April 19th.

Photo credit: New York Daily News Archive – Getty Images More August 18, 1990 After a six week-long trial, McCray, Salaam, and Santana were convicted of the attack on Meili, despite numerous inconsistencies between their initial confessions and the facts of the case. None of the Five, save Wise, who was brought to the crime scene by investigators, were able to properly pinpoint the location in the park where Meili was attacked. They were also wrong about the time of the attack, and incorrectly described what she was wearing. Most strikingly, none of their DNA matched a sample taken from Melli’s rape kit. Still, they were sentenced to five to 10 years imprisonment, the maximum penalty given their juvenile status.

June 12, 2002 The New York Times reported that known rapist, a now-31-year-old Matias Reyes, confessed to the Central Park Jogger attack . Reyes had encountered Wise, then the final member of the Five still incarcerated, in Auburn Prison in late 2001. (The two had met once before, and had gotten into an argument over the television in Rikers in 1989.) Their friendly second conversation left Reyes feeling guilty for the fact that Wise was in prison for a crime Reyes had committed. He confessed that he’d raped Meili, and that, as in all of his other attacks, he’d acted alone.

Photo credit: Getty Images – Getty Images More December 19, 2002 After a DA’s office investigation matched Reyes’ DNA to the semen from Melli’s rape kit, and Reyes gave a detailed confession that, unlike the Central Park Five’s, closely hewed to known facts of the case, a judge overturned the Five’s convictions . By this time, Wise had been released and the only member of the Five imprisoned was Raymond Santana, who was incarcerated on unrelated drug charges. He was freed soon after, as his lengthy sentence was predicated on his status as a repeat offender. With his initial conviction overturned, Santana was re-sentenced as a first-time offender and released with time served.

April 8, 2003 Trisha Meili, whose name had largely been withheld by the press as is customary for sexual assault victims, came forward with her identity in a memoir about her recovery , I Am the Central Park Jogger.

January 27, 2003 The New York City Police Department completed an internal review of its management of the Central Park Jogger case. The department found no wrongdoing on the part of its officers, and despite the plethora of new evidence and vacated convictions, maintained that the Central Park Five were likely guilty.

HOW TO FIND THE PERFECT SUNGLASSES FOR YOUR FACE SHAPE If You Don’t Have a Denim Shirt Yet, What’s Stopping You? Why You’ll Never Understand Mezcal Like You Understand Scotch 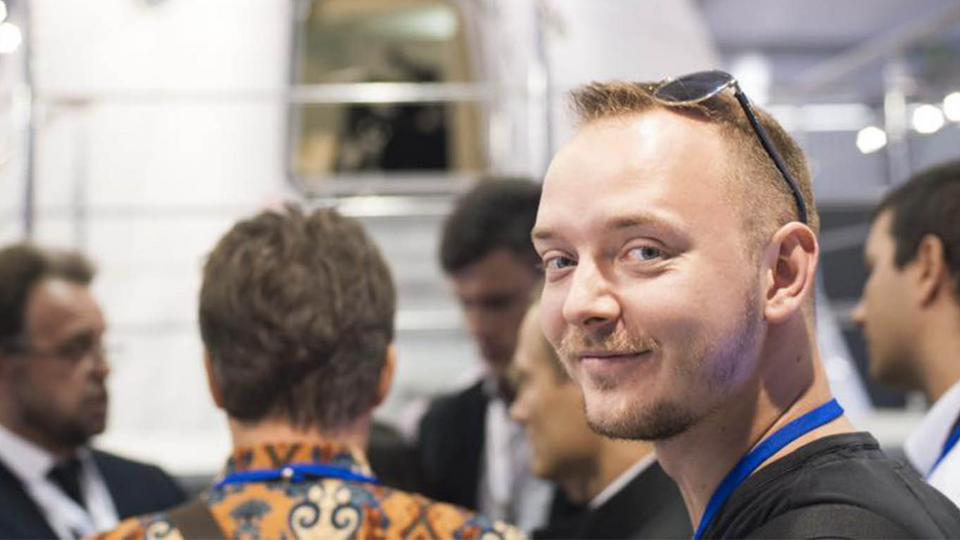 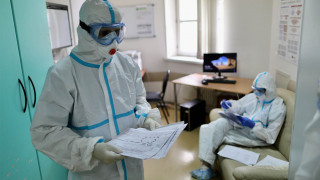 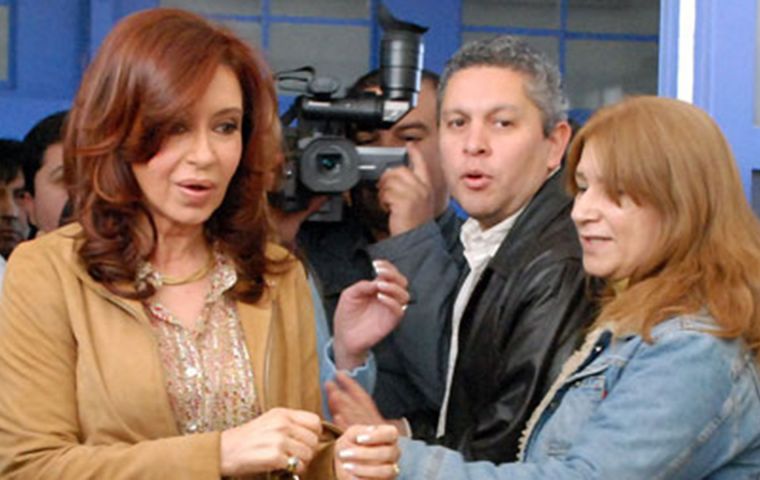 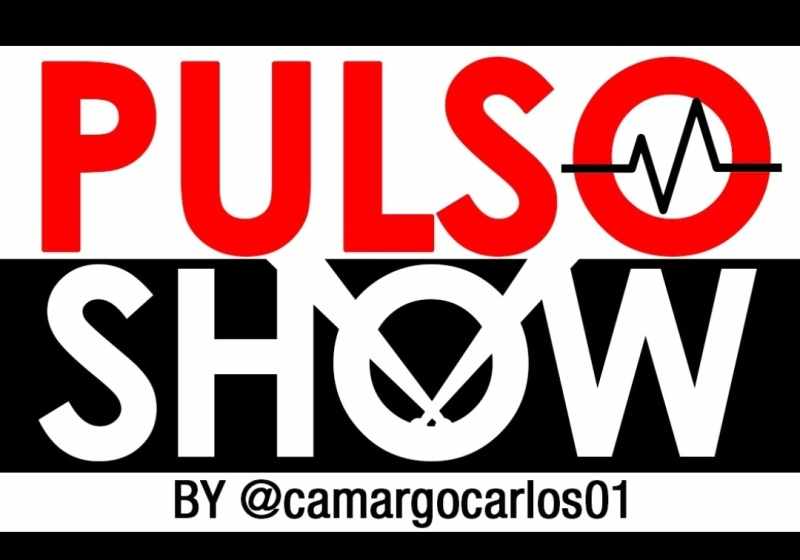 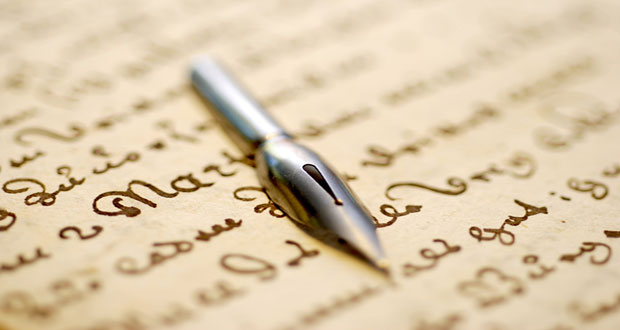 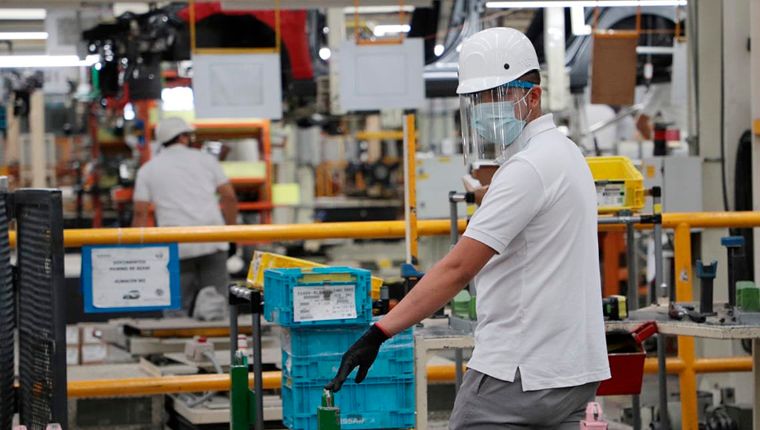 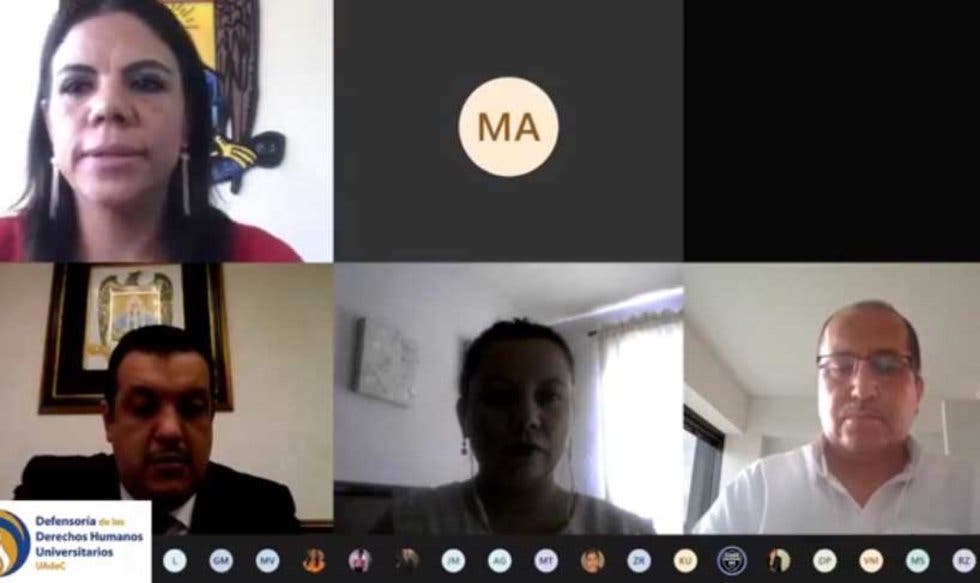 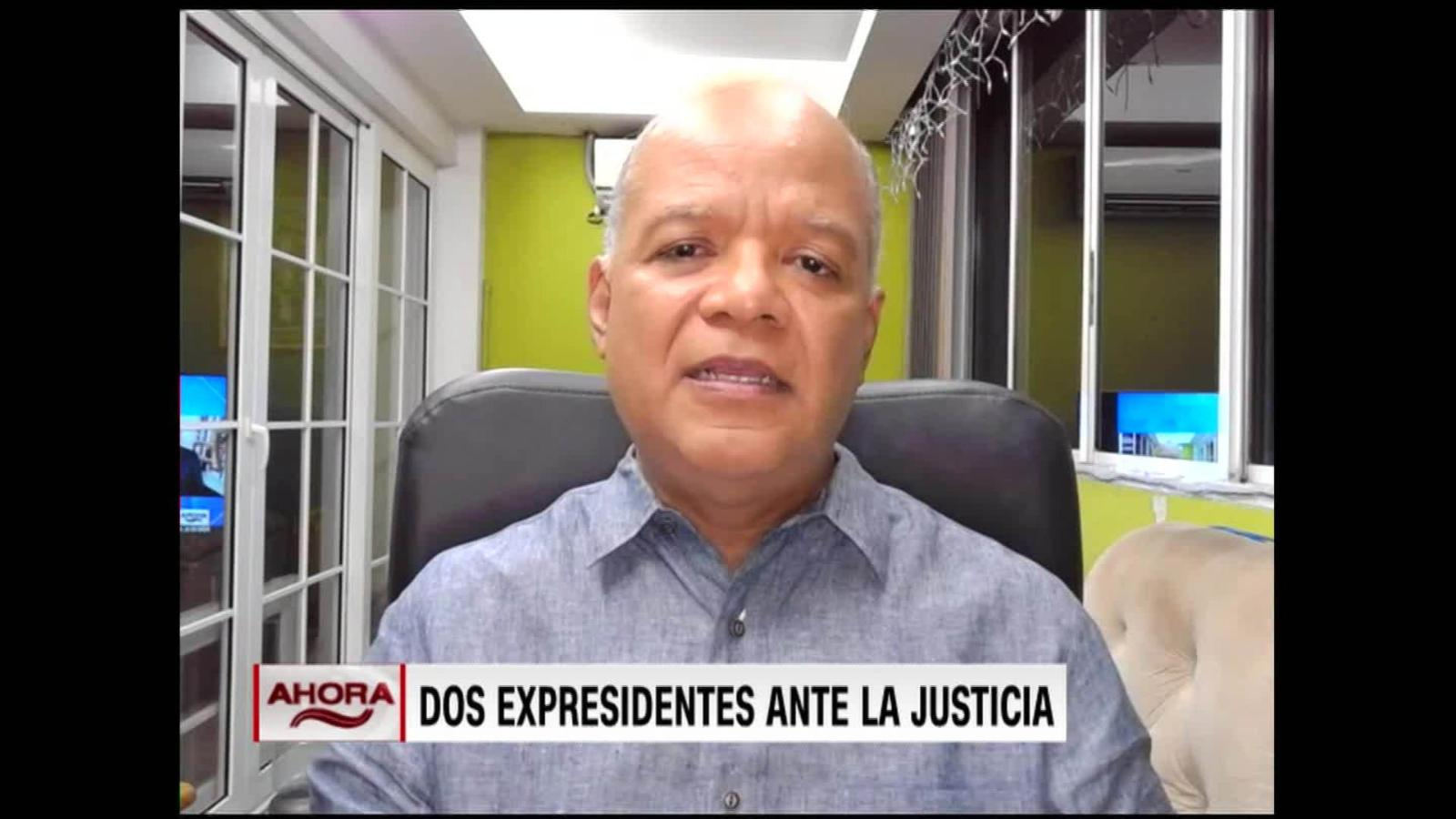 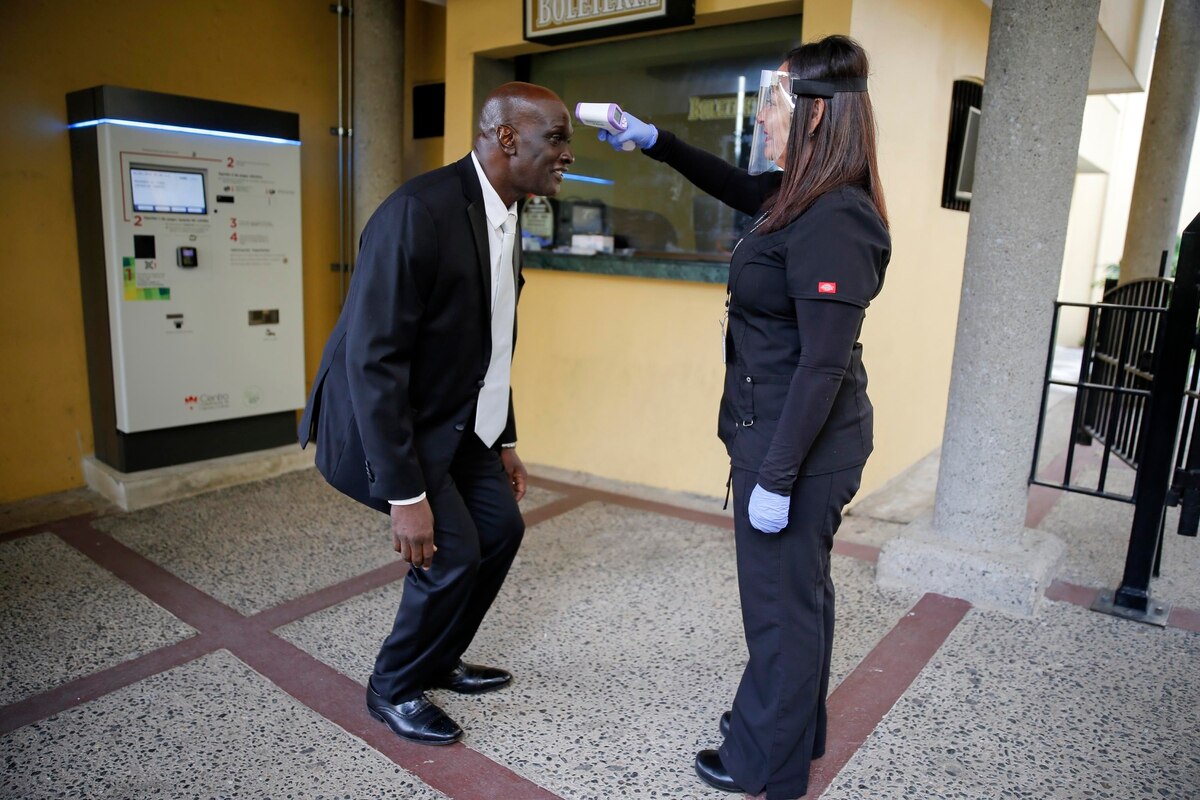 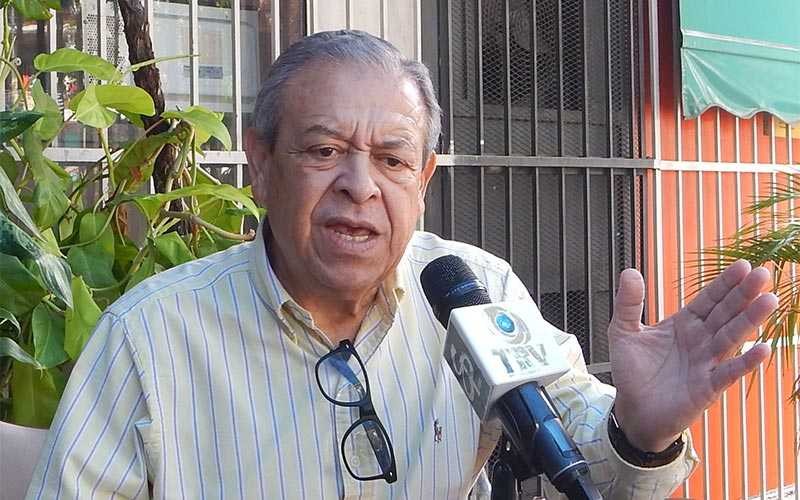