Curtis Ward is the former ambassador and deputy permanent representative of Jamaica to the United Nations, with special responsibility for Security Council affairs. He also served as expert adviser to the UN Security Council Counter-Terrorism Committee. He is the publisher of The Ward Post, www.thewardpost.com Email feedback to [email protected] .

The globalisation agenda was jolted into a new reality in 2001. The most heinous of terrorist attacks in modern history against the United States on September 11, 2001 (9/11) sparked an unprecedented security threat on a global scale posed by international terrorism. The international terrorism threat caused significant adjustments to the globalised space, affecting all aspects of interdependence and interrelationships. In response, new modalities and counter-terrorism norms and capacities were developed, and continued to evolve, in order to create new security capacities within the globalised space. The safety of civil aviation; the protection of the international supply chain; maintaining the integrity of the international financial system; and guaranteeing the safety and protection of services such as tourism, have been prioritised. The result has been implementation of travel restrictions, stringent financial regulations, more secure borders, and the growth of nationalism in many countries, including closing the doors to foreign nationals.

Populists seized the opportunity to blame the nationals of other countries for their own difficulties. Populist leaders appealed to ethnic, racial, and religious differences; they blamed immigrants and non-nationals for their own failings; and they appealed to the base instincts of segments of the population to gain traction in societies fearful for their safety and well-being, and impatient for change. Populist leaders generally take advantage of the impatience of their populations to turn against non-nationals within their midst as the source of what ails them – as the source of their own marginalisation and shortcomings. The growth of populism goes hand in hand with promotion of nationalism.

Populists effectively promote racist anti-immigrant fears, Islamophobia, and xenophobia, and take advantage of these innate fears in sizeable segments of the country’s population to promote nationalism and populism rooted in racist and xenophobic policies.

In the past few years, both with respect to the United Kingdom and in the United States, populism and nationalism have emerged as emotional simplistic solutions to the many problems plaguing their societies and the global community in which they exist.

We see the UK making a populism-driven nationalist choice to sever its decades-old relationship with the rest of Western Europe, and it is now struggling to find a soft landing in the country’s exit from the European Union. In the end, Brexit is not expected to be smooth and there are clear signs of a backlash against Britain’s populist leaders.

Almost four years ago, a populist offering himself for president has since brought the United States to a historical high level of global opprobrium. The lack of American leadership has created an unstable world with growing threats from proliferation of weapons of mass destruction and terrorism. There are seething conflicts across all continents and the lack of morality in current US global leadership and deliberate actions to weaken multilateral organisations have deepened the chasm between chaos and order.

Since the beginning of 2017, we have seen an increase in the economic competition between the US and China, and the lack of diplomatic statecraft in the US State Department has created global uncertainties on many fronts. The relationship between the two economic powers was deteriorating rapidly, long before COVID-19. US-China economic competition, some may even say economic war, if continued unabated, will have grave implications for Jamaica and other Caribbean countries.

As globalisation makes outbreaks of deadly communicable diseases spread rapidly across borders with ease, and the economic fallout with likewise devastating effects across all continents, the global economic impact is further exacerbated by the dysfunctional relationship between Washington and Beijing. The means of global economic recovery will be determined in Washington and Beijing, not in Jamaica, or elsewhere in the Caribbean. We are living in a period of failure of global leadership.

Globalisation also means that international financial meltdowns in any major economy, especially in the United States, spread rapidly across borders. As we know, the global financial system is linked through New York. The US led the response to the recession of 2007 to 2009 in bringing global economic activity back to normal, and set economic growth on an upward trajectory for several years.

We can also recall the leadership of the United States in stopping the spread of the dreaded Ebola disease and confining it to the borders of a few countries in West Africa. The world was saved from a disease pandemic.

The US leadership, to which we have grown accustomed, is lacking now, as the international community is wracked by a deadly coronavirus pandemic and reeling from global economic disruptions of epic proportions. This lack of US leadership in dealing with the global pandemic has made the problems far worse than they should have been. This lack of US leadership is rooted in the Trump administration’s ‘America First&rsquo; approach to US global responsibility.

There is no doubt that, with moral, robust and timely US leadership, hundreds of thousands of lives could have been spared during this pandemic, including lives right here in Jamaica. Global economic recovery will require US leadership working with China in a constructive and supporting, but very important role.

Cyberspace challenges and opportunities I will touch briefly on one of the major challenges of globalisation facing governments and private sectors alike in very profound ways – globalisation of the Internet and cyberspace. Cyberspace and cybersecurity have become a major challenge for all countries, no matter their level of technological sophistication with access to the best security technology available to them. The irony is, the greater the use of the Internet, and reliance on information technology and artificial intelligence, the greater the vulnerability and the greater the risks.

The malicious use of cyberspace and the nefarious abuse of information technology can create havoc in the public and private sectors. The financial sector is particularly vulnerable to abuse by international criminal networks. The global reach of the Internet is the epitome of globalisation. The Internet does not respect borders and sovereignty, and, even with the most sophisticated cybersecurity, criminal enterprises and malicious actors are constantly seeking and developing new ways to breach cybersecurity walls, to carry out their nefarious activities.

The private sector and governments everywhere have no choice but to increase dependence on information technology, in order to remain competitive in the case of the private sector, and for governments to efficiently deliver services to their respective populations in highly technology-driven environments. Professional services providers, in particular members of the accounting profession, have a duty to protect clients’ data, a task which becomes more difficult with the emergence of new technology, which is required, in order to remain competitive and to provide the level of services expected of both domestic and international clients.

Finally, on a more positive note, relief may be in sight from this chaotic environment. Early indications are that the people of the United States are rejecting populism. In particular, the younger generation are showing the way forward. They are rejecting xenophobia and racism; they are embracing diversity; they are stepping forward in defence of the environment; and they will have an opportunity to decide on November 3 whether to extend the tenure of its current populist leader or give populism the boot.

Curtis Ward is the former ambassador and deputy permanent representative of Jamaica to the United Nations, with special responsibility for Security Council affairs. He also served as expert adviser to the UN Security Council Counter-Terrorism Committee. He is the publisher of The Ward Post, www.thewardpost.com Email feedback to [email protected] . 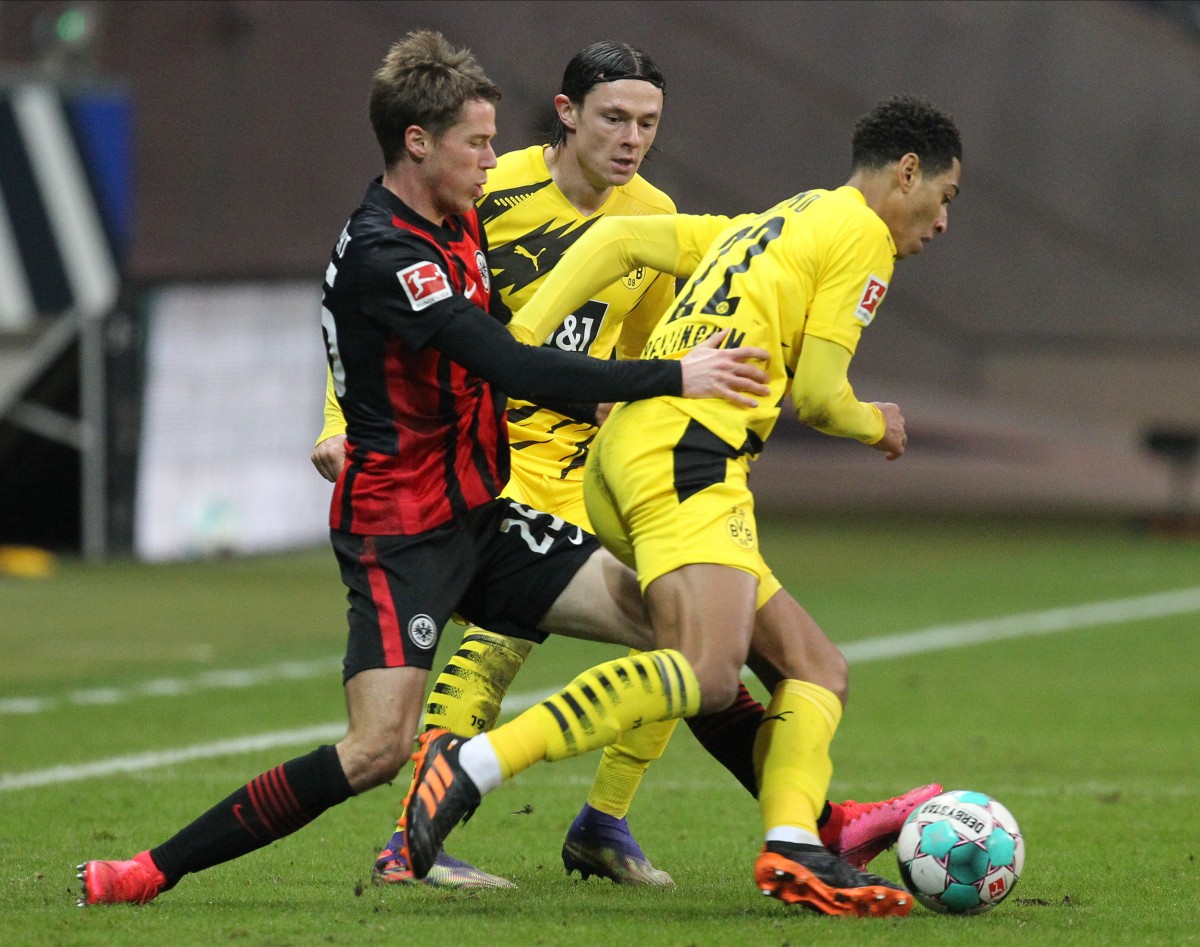 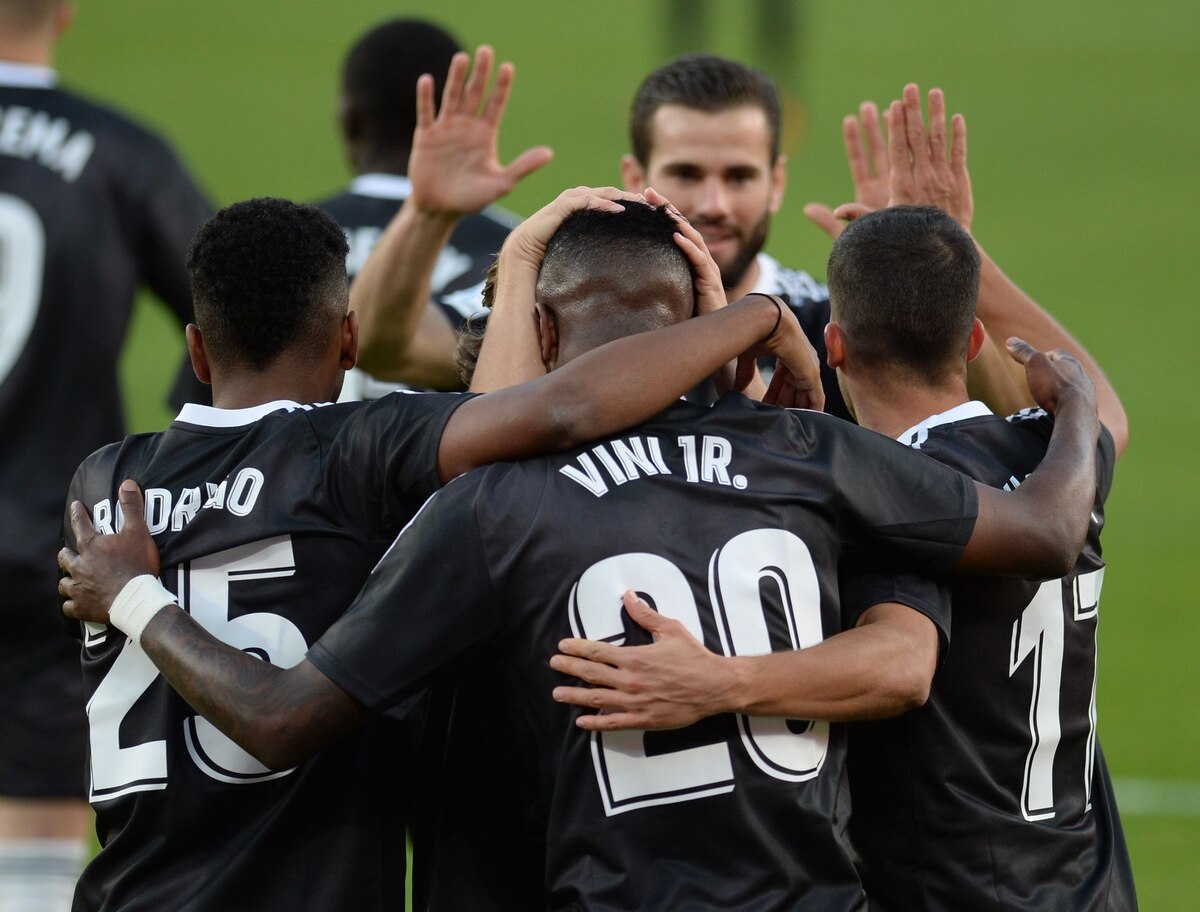 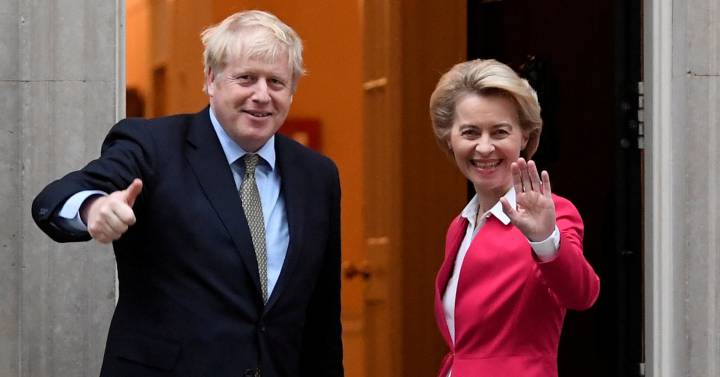 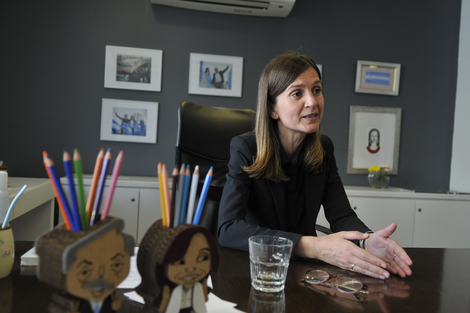 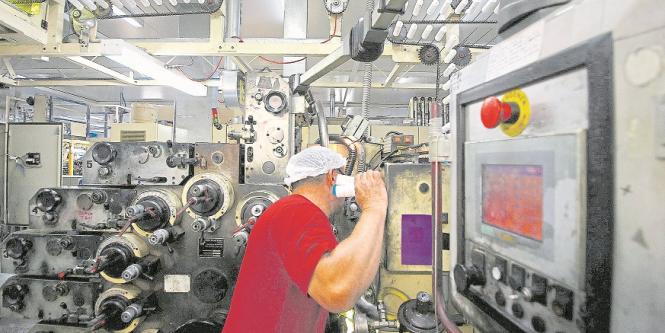 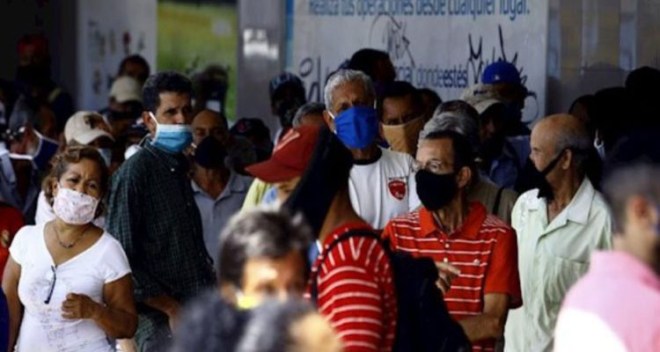 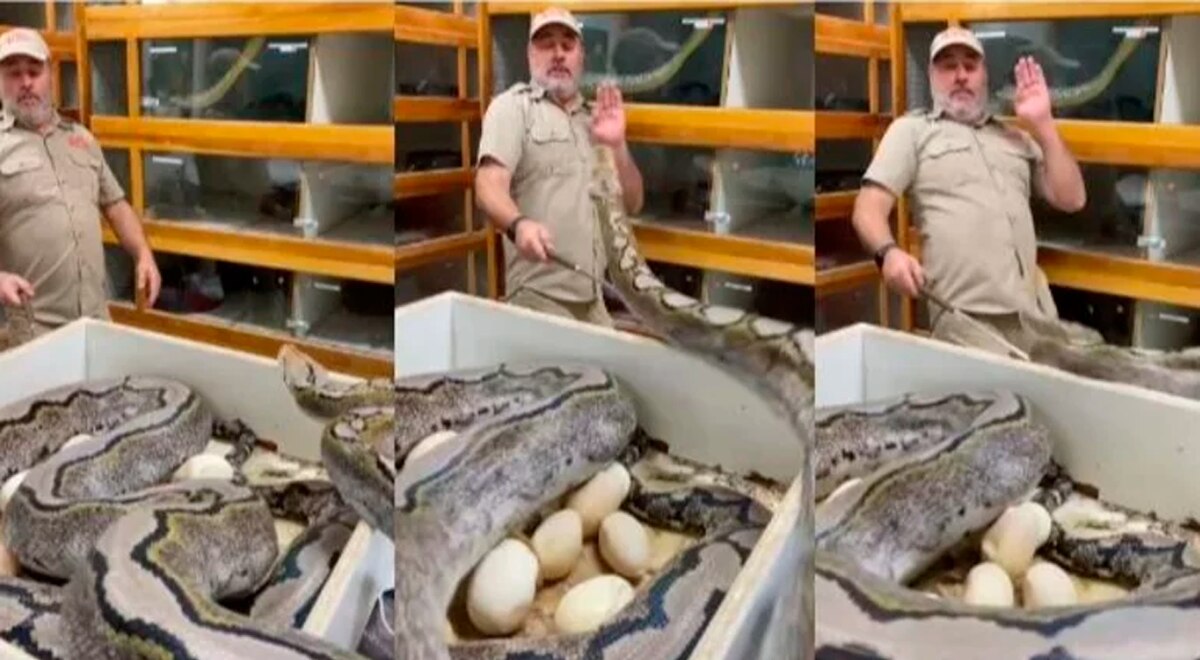 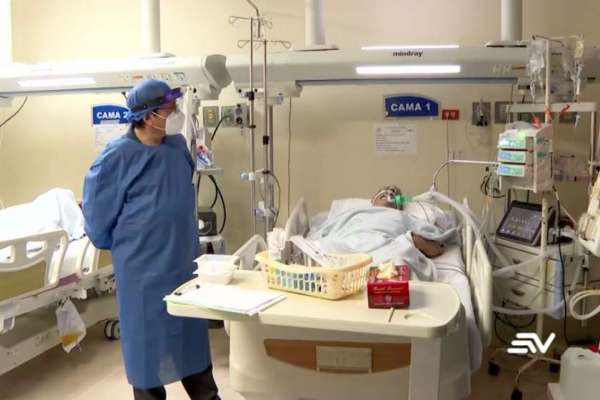 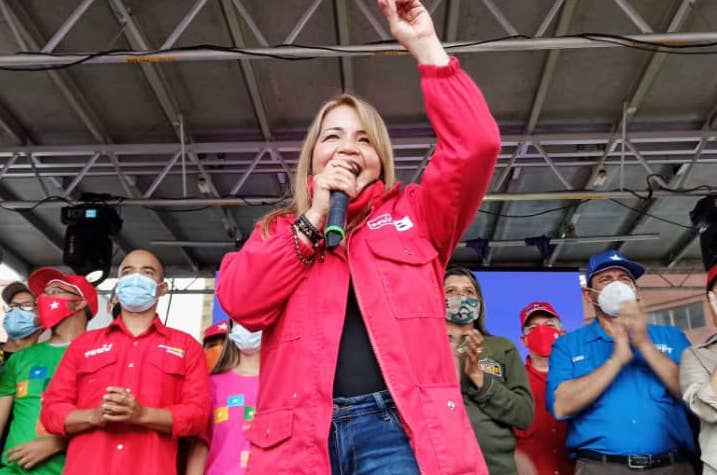 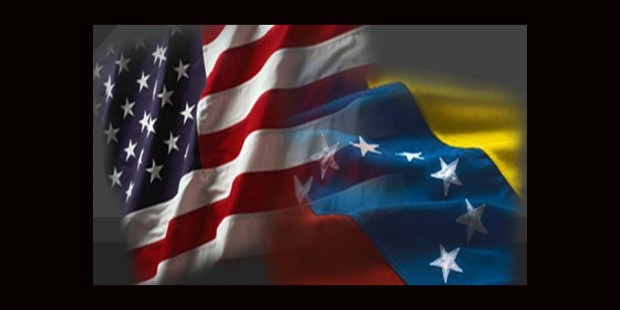