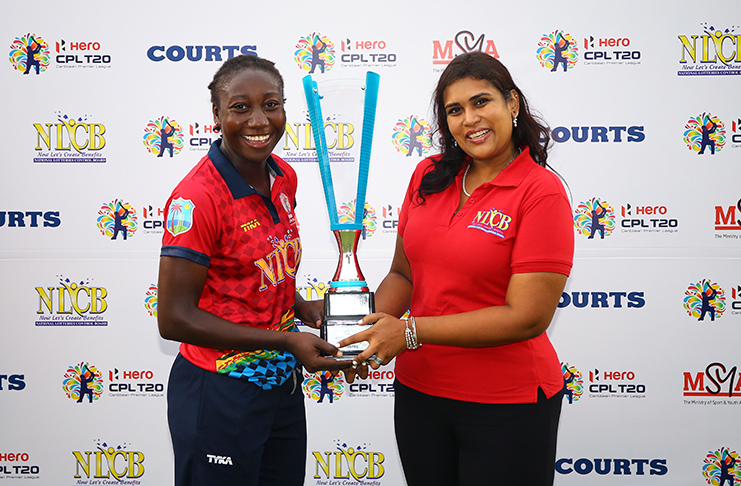 Gladiators recovered from a slow start to end with 74-2 from their allotted 10 overs. Windies star all-rounder Hayley Matthews stroked an unbeaten, blistering 46 with Kycia Knight making 24. The pair added a strong second-wicket partnership of 54 to stabilise their team

Stacy-Ann King and Britney Cooper got the Revellers’ chase off to a steady start, before King was trapped lbw by Gladiators captain Afy Fletcher. Taylor then put on a show, cutting her second ball to the point boundary to set the tone for what was to follow

The Windies Women skipper continued to find the boundary with ease and, combined with some hard-run twos, raced to 36 from 17 balls before falling to Matthews, with the scores level and looking to smash the winning runs and finish the game in style

The game was well won by then, with Cooper stepping up from the support role, first with King, then with Taylor. She smacked the second ball of the final over straight back over the bowler, Guyanese Shabika Gajnabi’s head for four and sealed the victory in fitting style. Earlier, Matthews and Knight batted with increasing confidence and fluency as Gladiators recovered from the loss of Sheneta Grimmond for a duck, after the Guyanese was bowled by Caneisha Isaac

The West Indies pair shrugged off the woes and held their nerve to accelerate from 27-1 at halfway to 74-2 after their 10 overs. In the end, Matthews smashed seven fours and a six while Knight also hit a six before succumbing to Chinelle Henry