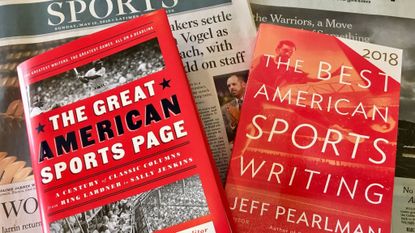 Just imagine Jim Murray taking direction from a videographer insisting he could punch up his prose with a little more dramatic backlighting and a splash more makeup.

Advertisement They were the sports gospel writers of their day, energizing a religious following for their newspapers. Still, the recent book release of ” The Great American Sports Page: A Century of Classic Columns ” compiled John Schulian (The Library of America, 396 pages, $29.95) shouldn’t be set aside as just a dusted-off hymnal.

It’s a testament to how effective, energetic and empathetic storytelling can morph ahead. It might even get an app-refreshing readership to pay for a subscription

Having worked for six newspapers in a 16-year career before working in Hollywood writing scripts, Schulian has faith that sports newspapering will stay relevant if it’s “bright, lively, culturally attuned and unafraid of prickly issues.” History reinforces that new generations of wordsmiths can progress from typewriters to laptops to dictating stories into iPhones

“I still read the sports section first every morning mainly because the front page is too damn painful,” said Schulian, the 74-year-old Pasadena resident

“But it must be disheartening for someone to get into sportswriting as I once did. Sports has changed so much, having gone corporate, and athletes becoming more remote. It’s harder for writers to do the kind of pieces that used to make sports sections special. There was a time when a columnist could do a real character sketch of someone

Sign up for our daily sports newsletter » “Sports afforded me the opportunity to write, a stylistic freedom that many in this book were also seeking. There are plenty of good writers today, God knows, who get past this wall and do great work.”

Such as Sally Jenkins, who delivered a deadly deadline column for the Washington Post after having watched the confusing conclusion last week at Churchill Downs in Louisville, Ky. It began with an uppercut lead: “If there’s a moral to the 145th Kentucky Derby, it’s that you can’t take the gambling out of gambling. But try telling that to horse people, those incurable lottery addicts.”

Jenkins has three entries in Schulian’s “The Great American Sports Page.” In the 2018 edition of “The Best American Sports Writing” anthology, Jenkins is among the 25 selections from guest editor Jeff Pearlman. One of only five current newspaper writers represented there

Pearlman writes in his introduction he is drawn to those who “approach things with funk and pizzazz” and veer away from what “far too many of us have been told” — by editors, by journalism professors, by readers — “that there is a clear, definitive methodology to storytelling. … That still infuriates me and is, I believe, a culprit in the ongoing death of the American newspaper.”

Sports broadcaster Dan Patrick reveals serious health issues By Chuck Schilken May 03, 2019 | 11:30 AM Expanding on that in a recent email, the Laguna Niguel-based author said he seeks out “must-read writers who are insanely good and/or insanely plugged in.” Growing up in New York, Pearlman said his go-to scribes wereMike Lupica and Dave Anderson

“It’s harder nowadays because there are so many options,” Pearlman said. “Why do I need any sort of a game story when YouTube clips show me? Now I will seek out Howard Beck [formerly of the New York Times] at Bleacher Report to explain to me what, as a basketball fan, I somehow misunderstood. That genre of writing is what newspapers need.”

Schulian agrees with Pearlman in the pro-writer pushback against oversimplifying stories in the sports section “because readers understand more than you give them credit for. [Late syndicated sports columnist ] Jimmy Cannon would also say: ‘There’s nothing too good for a newspaper.’ Cannon was also someone who wrote columns from the head and from his heart.”

The L.A. Times’ Bill Plaschke did the same with his piece this weekend on the Dodgers’ Spanish-language broadcaster Jaime Jarrin returning to the booth as a way of healing from the loss of his wife

Schulian included a Plaschke column from 2001, “Her Blue Haven,” on Dodgers website writer Sarah Morris. It’s one Schulian says brings tears to his eyes. Three Murray pieces are also part of the collection that spans nearly 50 writers and 100 stories

It’s also important for Schulian to lean on a particular piece by the Boston Globe’s Leigh Montville from 1981, writing about his first encounter with this new thing called ESPN and how it blindsided him

“Sports is supposed to mirror society, but it seems nobody has fun with what they write,” said Sculian. “It’s not always life and death. You’re covering fun and games

— The essence of “What’s My Name: Muhammad Ali” as a two-part documentary (HBO, Tuesday, airing back-to-back from 8 p.m. to 10:45 p.m.) is a well-spliced self-narration, culled from a dearth of audio and video interviews that the heavyweight champ did over his 74 years. Most were well before his death in 2016 following a long bout with Parkinson’s syndrome

Nothing really told here is new, but there is a compelling musical and visual presentation that cements the idea of director Antoine Fuqua that likely wouldn’t work so well with other sports figures of this media age

And, yes, LeBron James and Maverick Carter have their fingerprints on this as executive producers when eventual awards are handed out for it

The start Sunday of the Tour of California on NBCSN, and as it progresses to the final stage Saturday in Pasadena on Channel 4, won’t be the same without cyclist-turned-analyst Phil Sherwin, who died at 62 in December

While HBO’s boxing coverage may have ended, “unofficial judge” Harold Lederman made it to the final broadcast Dec. 8. Having scored more than 100 world title fights over 30 years, Lederman, a full-time working pharmacist by day, died Saturday at 79 from cancer

Fans “waited for his moments, they were thrilled by his insights, they gloried in imitating his voice,” said Jim Lampley, who worked with Lederman since 1986. “No one in the sport had more friends, because no one in the sport was more deserving of friends. Nothing was more important to the legacy of HBO Boxing, so in that we can all take solace. Now his scorecard is complete.”

Advertisement — The Sports Illustrated Swimsuit issue is still a thing?

No matter how many ways the current publishers — who are still trying to sell off the fabled magazine — try to spin this thing after 55 years, the photographic and video visuals tell another truth

A mixed-message pitch on the publication’s website, under a headline telling us how it’s “time to rethink everything you thought you knew” about this feature’s intent is an impressively crafted PR mission statement. This year is about “shattering perceptions” and showing a “new empowerment” of women fighting for equality and inclusion or battling ageism

It could very well be for some. But we’re not sold on it

At a time when ESPN The Magazine is about to head to the shredder, despite inroads with its own “Body Issue” history, SI will likely turn another profit from this issue. But that’s a whole other issue 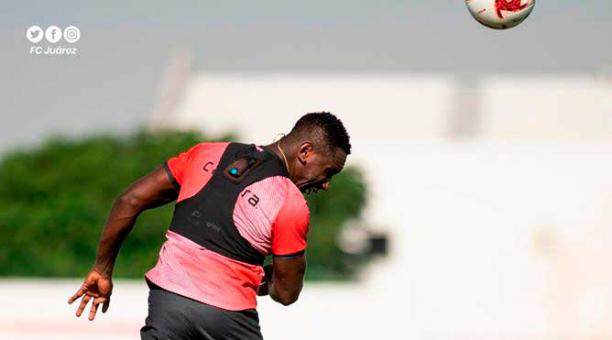 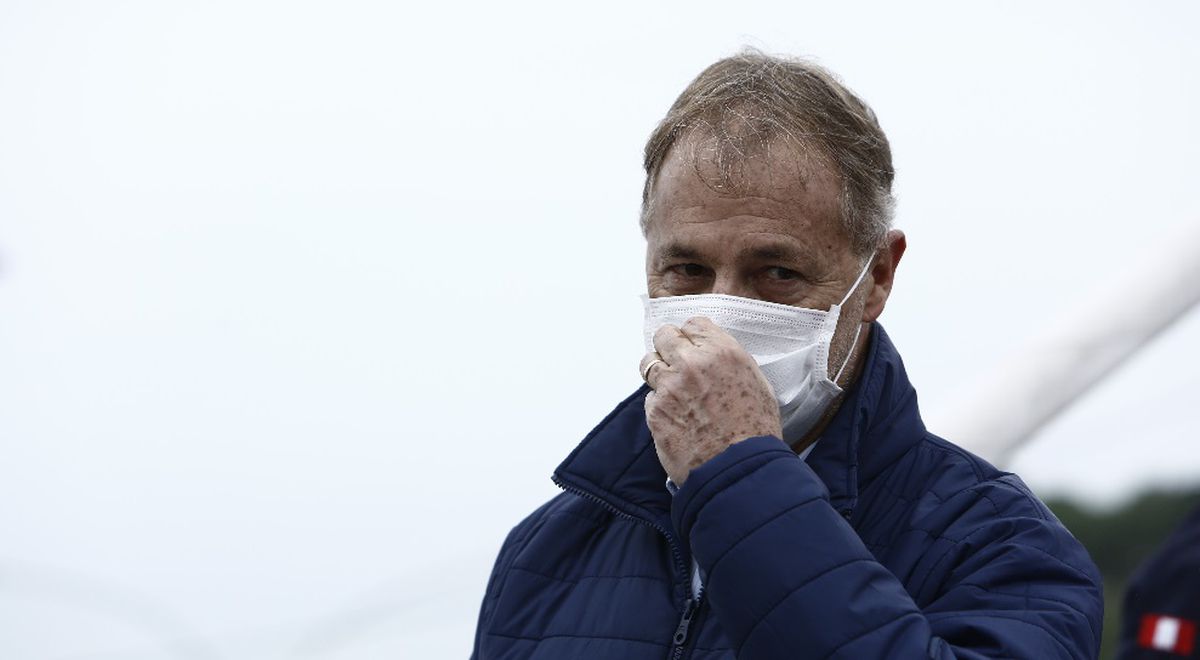 Venezuela: Those Chased By the Gods Should Not Tire
‘Si soy un testaferro de las Farc, ¿por qué no me han capturado?’
Comment 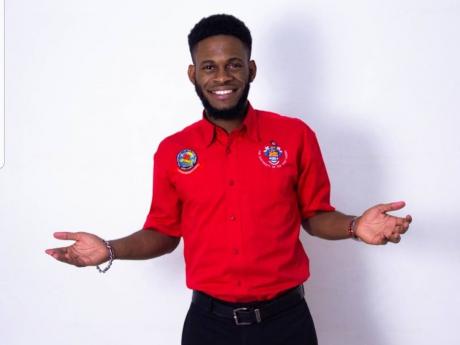 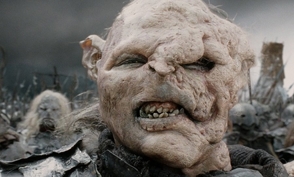 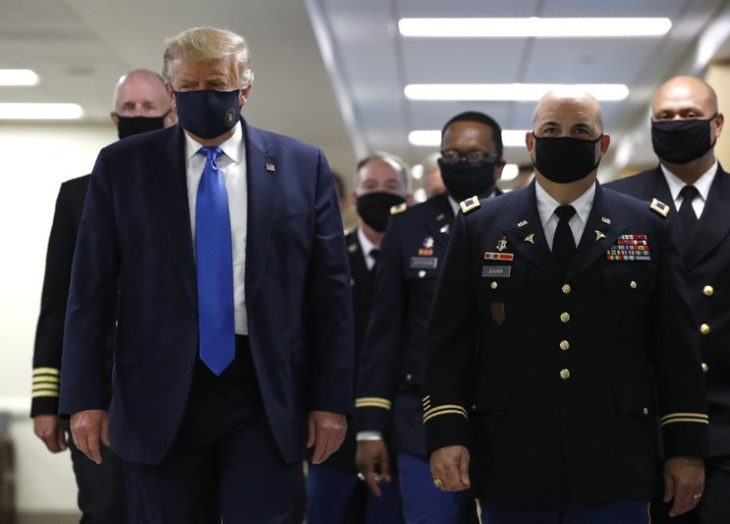 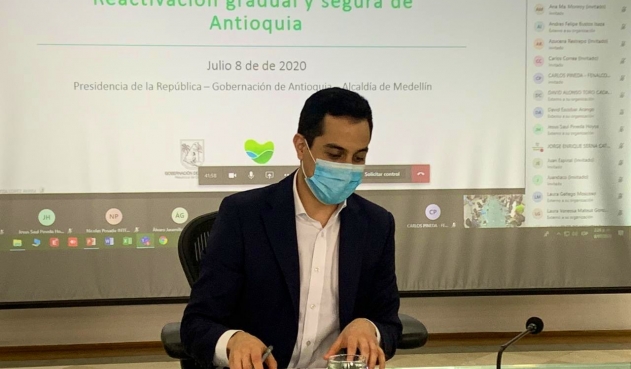 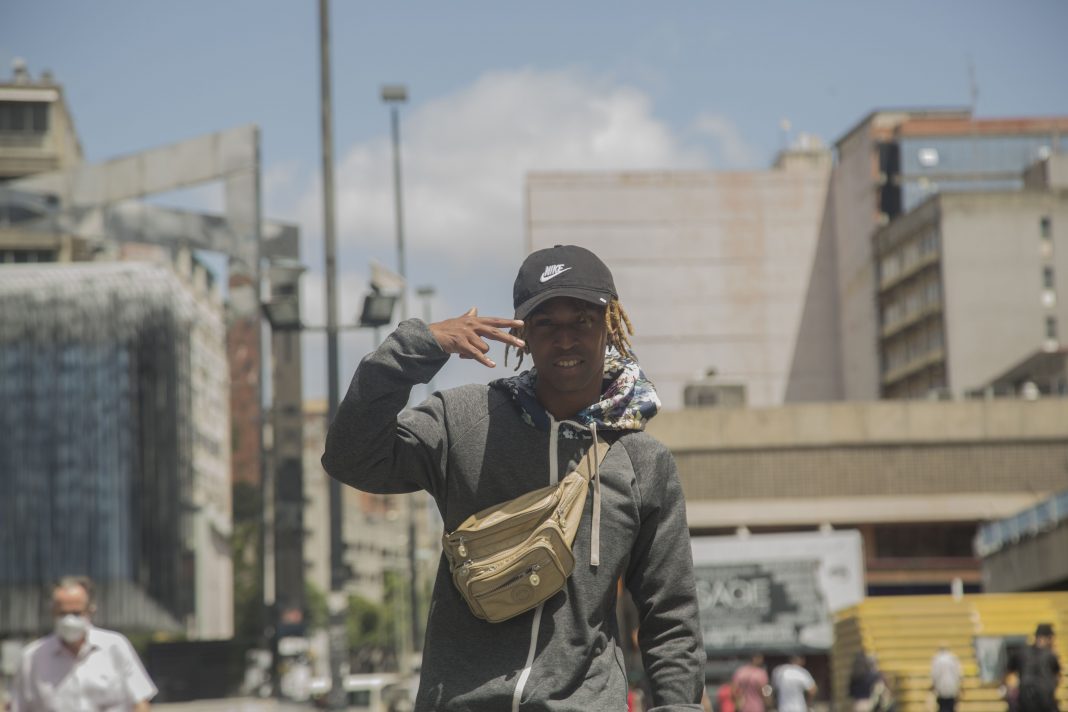 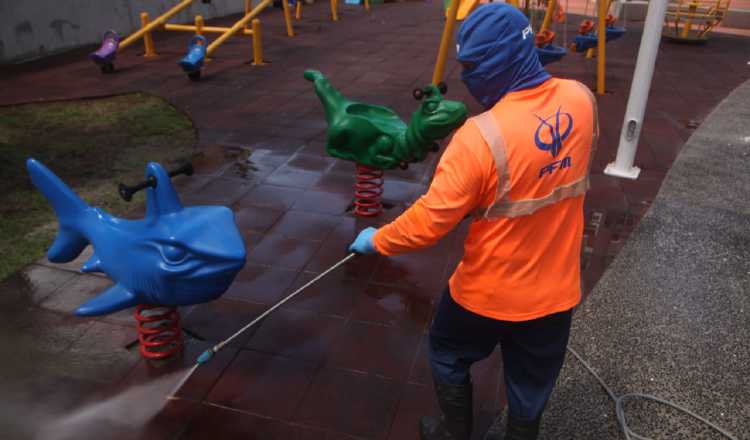 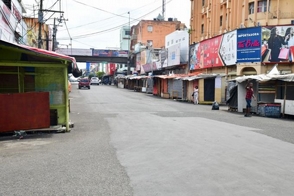